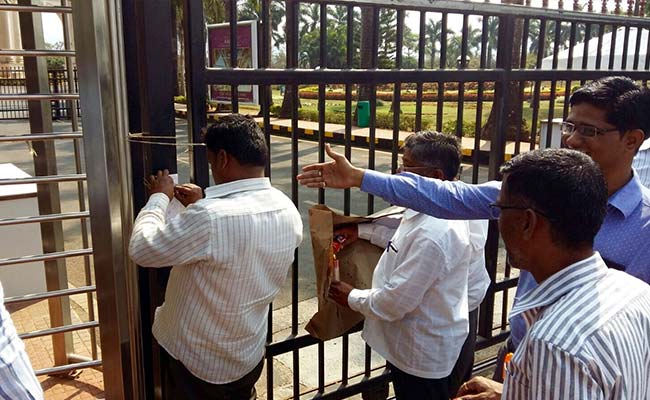 New Delhi: The Supreme Court has ordered that the Sahara's luxurious 8,900-acre Aamby Valley City near Pune be auctioned as the group's chief Subrata Roy has failed to deposit Rs 5092.6 crore with markets regulator SEBI to refund investors. The property in Lonavla is valued at Rs 39,000 crore.

A top court bench headed by Justice Dipak Misra also directed Mr Roy to appear in court on April 27, and said, "We can give enough indulgence. If you can't pay, go to jail."

It has appointed a Bombay High Court official as liquidator for selling the prime property.

The court had warned Sahara earlier this month that it would be granted no more extensions if it did not deposit the money in the SEBI-Sahara refund account by today, April 17. "Whatever you do, we had told you that a substantial amount must come, otherwise we will be compelled to put up Aamby Valley for auction," the bench had said, noting, "What matters is the money coming in the kitty."

Subrata Roy was arrested and sent to jail in 2014 along with two Sahara directors for the failure of two group companies to comply with the court's order of 2012 to return Rs 24,000 crore to their investors.

Last year in May, the Supreme Court granted a four-week parole to Mr Roy to attend the funeral of his mother. His parole has been extended by the court ever since.

The top court has asked the group to provide a list of "unencumbered properties" which can be put for public auction to realise the remaining over Rs 14,000 crore of the principal amount of Rs 24,000 to be deposited with SEBI.
Comments
SaharaAmby ValleySubroto Roy SaharaSahara-Sebi case