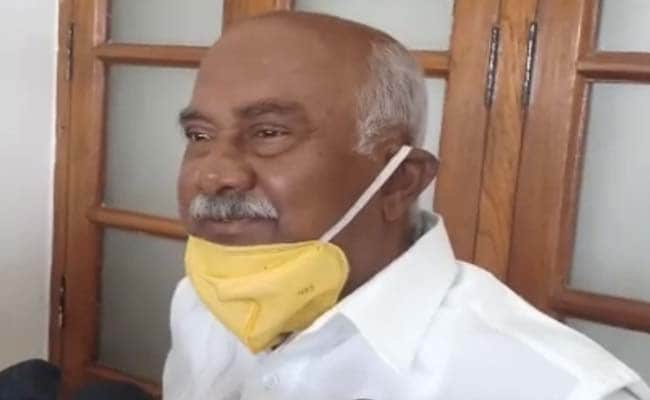 AH Vishwanath was among the 17 MLAs who switched parties to join the BJP in 2019.

The Supreme Court on Thursday dismissed a plea of BJP Member of Legislative Council (MLC), AH Vishwanath challenging Karnataka High Court order on disqualifying him from being appointed as a minister.

A Bench headed by Chief Justice of India, SA Bobde dismissed the plea of Mr Vishwanath.

Former Karnataka minister and BJP MLC Mr Vishwanath, whose chances of becoming a minister were dashed after the Karnataka High Court held that his disqualification as MLA subsists as he is a nominated MLC and not an elected one, approached the top court against the order.

The Karnataka High Court in November 2020 had held that prima facie Mr Vishwanath has incurred disqualification under Article 164 (1) (b) and Article 361 (B) of the Constitution of India and remains disqualified till the expiry of the term of the Legislative Council that is till May 2021, and therefore, cannot be inducted into the Council of Ministers.

Mr Vishwanath was among the 17 MLAs who switched parties to join the BJP and overthrow the Congress-JD (Secular) coalition government in Karnataka in 2019. All 17 MLAs were disqualified by the Speaker.

Mr Vishwanath had lost in the by-elections in his Assembly constituency after his disqualification.

After he lost the by-polls, BJP nominated him to the legislative council in order to induct him as a minister in the government.