The statutory poll expenditure limit for Lok Sabha candidates has been fixed at Rs 70 lakh, but sources say Sunny Deol spent Rs 16 lakh over that figure 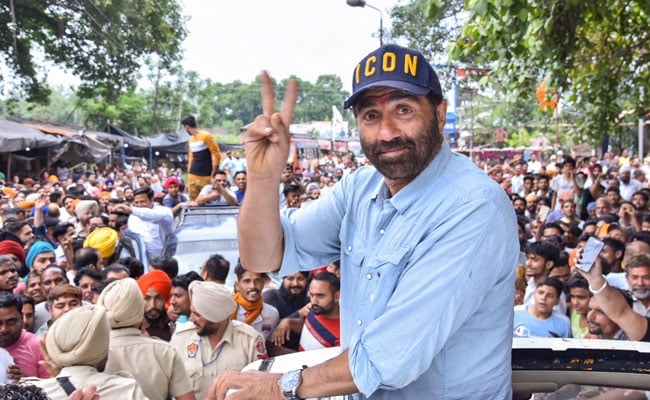 Sunny Deol was pulled up for a Facebook fan page during the Lok Sabha elections.

Film actor-turned-BJP parliamentarian Sunny Deol received a statutory notice from poll authorities after they found that his election expenditure had crossed the Rs 70-lakh limit in the recent Lok Sabha elections, news agency PTI quoted an official as saying today.

The notice issued by Gurdaspur District Election Officer-cum-Deputy Commissioner Vipul Ujjwal has directed Sunny Deol to "reconcile" his poll expenditure account. The actor was elected  parliamentarian from the Lok Sabha seat in Punjab after he defeated Congress candidate Sunil Jakhar by a margin of 82,459 votes.

The "reconciliation" process involves checking if an election candidate resorted to overspending in the run-up to the elections, then following it up with corrective measures.

Vipul Ujjwal refused to give an estimate of the former actor's spending during the polls. "The final figure of Sunny Deol's poll expenditure will be known only after the reconciliation and settlement of the accounts. It is too early to comment on overspending right now," he said.

Vipul Ujjwal said all candidates were issued notices regarding reconciliation of their accounts. "It is a normal statutory notice," he said, adding that the process will be completed by June 23.

On May 15, the Election Commission had directed that Rs 1.74 lakh be added to Sunny Deol's poll expenditure after he failed to respond to its query on a Facebook fan page being run on his behalf. The order had come on a complaint by the Punjab Congress, which claimed that the "Fans of Sunny Deol" page was being run without the poll watchdog's permission.

Sunny Deol, whose father Dharmendra and stepmother Hema Malini are also affiliated to the BJP, was approached by party chief Amit Shah himself ahead of the Gurdaspur election. Earlier, late actor Vinod Khanna had represented Gurdaspur constituency four times - in 1998, 1999, 2004 and 2014 - on behalf of the BJP.