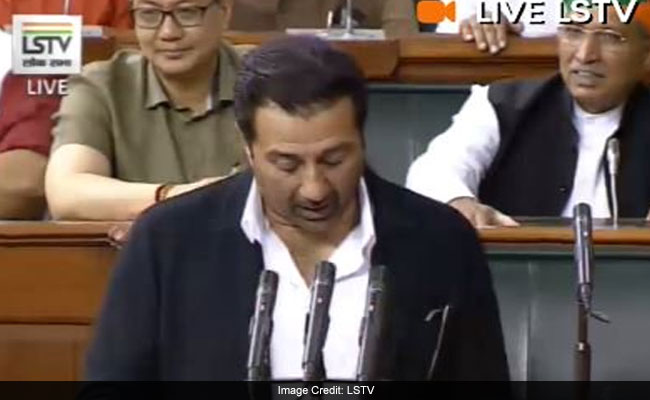 There was loud applause when BJP MP Om Birla, who is tipped to be the NDA's nominee for Lok Sabha Speaker's post, entered the House and when he got up to take oath.

Dressed in jeans, white shirt and blazer, Mr Deol took oath in English amid cheers and slogans of "Bharat Mata ki Jai" from the treasury benches.

There was also some banter between Aam Aadmi Party's Mr Mann and members of treasury benches after he ended his oath with the slogan "Inqalab Zindabad".

Mr Tharoor was absent on Monday when other members from Kerala, including Rahul Gandhi, took oath.