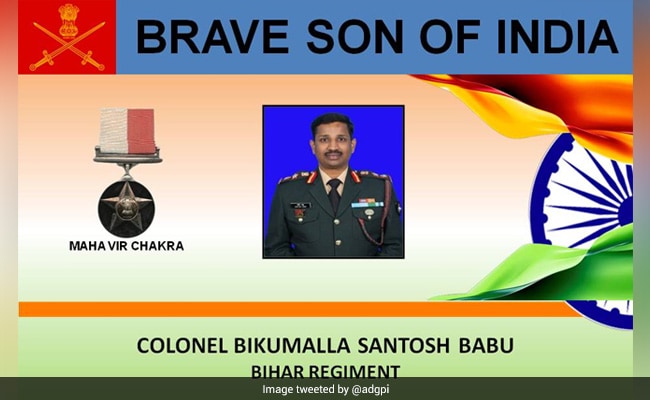 A statue of Colonel Santosh Babu, who died in the Chinese army attack at Galwan Valley in eastern Ladakh in June last year, was unveiled at Suryapet by Telangana Minister KT Rama Rao on Tuesday. Colonel Babu was from Suryapet, about 140 kilometre from the state capital Hyderabad.

Colonel Babu, the commanding officer of the 16 Bihar regiment, was among the 20 Indian soldiers who laid down their lives in the fierce hand-to-hand combat on June 15 last year in the Galwan Valley. The clash marked one of the most serious military conflicts between the two sides in decades.

The Telangana government gave Rs 5 crore as compensation to Santosh Babu's family, besides a government (Group-I) job to his wife and a residential plot in Hyderabad.