Srinagar Air Base Turns Into Logistics Hub Amid Tension In Ladakh

IAF has responded with speed, resolve and precision to deploy soldiers, equipment, supplies, machinery and weapons at key points along the LAC (Line of Actual Control)

Over the past two months an Air Force base in Jammu and Kashmir's Srinagar has been the nerve centre of a massive logistical exercise by the military, as India responds to the threat posed by the build-up of Chinese forces in eastern Ladakh.

The IAF has responded with speed and resolve to deploy soldiers, equipment, supplies, machinery and weapons at key points along the LAC (Line of Actual Control), the de factor border between the two countries. The deployments also come in the wake of China's attack in the Galwan region on June 15, in which 20 Indian soldiers were killed, and the resulting escalation of tension.

"This air base has always held an important place in the scheme of things for the Air Force. From here we look at the quick induction of army and paramilitary forces; this place is ideally suited for these operations and we've been doing this for many months and years," Group Captain Nishant Singh told NDTV.

Asked if this was the biggest exercise of its kind, the Group Captain said, "Yes, you can call it that".

"You can call it that way because the volume of men and material that has been moved in the past few weeks and months is phenomenal," he added. 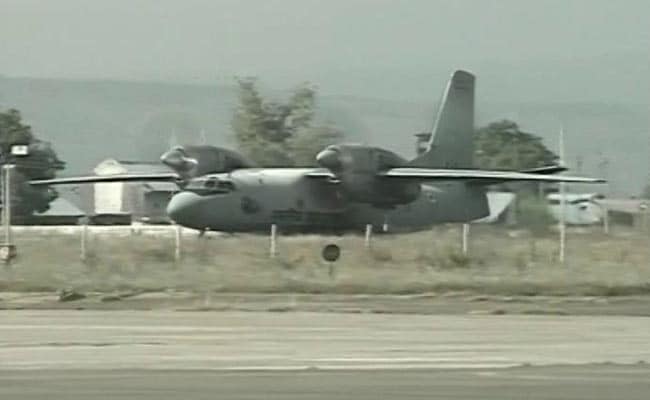 This has been aided by the induction of large transport aircraft that can mobilise greater numbers of troops and supplies.

"Our day-to-day jobs is our training and we ensure that all inductions happen as planned, and as quickly and efficiently as possible, regardless of weather conditions," the Group Captain said.

All of this is to counter efforts by the Chinese to intrude into Indian territory. Last month, satellite images accessed by NDTV showed they had crossed over by 423 metres in the Galwan Valley.

A mutual disengagement process is ongoing - both sides have pulled back by two kilometres in the Galwan region and the Chinese have dismantled camps at PP 14.

The Air Force, however, remains vigilant, with Apache attack helicopters conducting night-time sorties from forward bases in Ladakh. India has more than 20 such choppers, which are considered the most formidable attack helicopter in the world.

The Srinagar airbase also played a key role during the Balakote airstrikes last year - when the Air Force carried out precision strikes on terrorist camps across the Pakistan border.