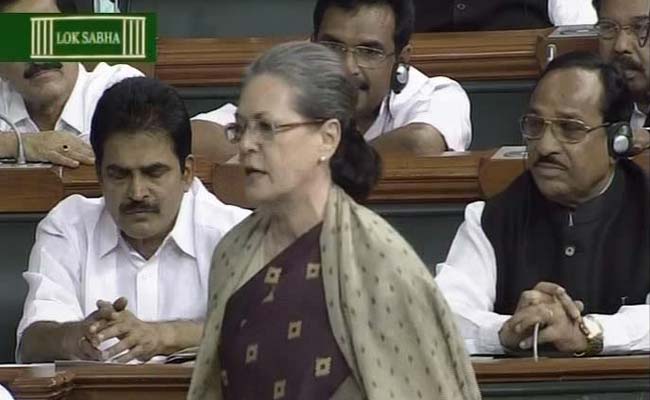 New Delhi: Congress President Sonia Gandhi today sought an early passage to the bill that seeks to reserve a third of legislative seats in India for women.

Therefore, she said, parliament should pass the Women Reservation bill at the "earliest".

The Congress president was speaking in the Lok Sabha as the world celebrated the International Women's Day. The government has pledged to celebrate the day by letting only women parliamentarians speak in parliament.

The controversial women's reservation bill was first introduced by the Deve Gowda government on September 12, 1996. However, since then its journey has been blocked in parliament even as the historic piece of legislation cleared the first hurdle in 2010 when it was approved by the Rajya Sabha during the Congress-led NDA's regime.

However, the bill never made it to the Lok Sabha and never could be made into a law and implemented.