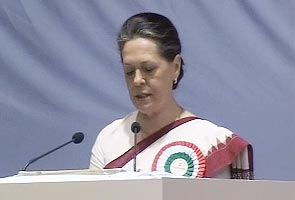 Mrs Gandhi will be holding the party's district monitoring committee meeting at her Rae Bareli Lok Sabha constituency. Mrs Vadra too will be in Rae Bareli for closed-door interactions with Congress workers.

Mr Gandhi will be visiting Amethi. He will be holding closed-door meetings with Congress workers in Jagdishpur and Bazar Shukul apart from attending public functions.

Then Janata Party chief Subramanian Swamy last week accused the Congress president and her son of a "stinking deal" where they floated a private company that illicitly acquired a public limited company having valuable property in Uttar Pradesh and Delhi.

Mr Swamy alleged the Congress gave an unsecured loan of Rs 90 crore to the company that was acquired by Young Indians, a firm that he claims is controlled by the Gandhis.