No Role Of Religion In Government, Says Smriti Irani

Smriti Irani said there has to be a distinction between governance and politics. 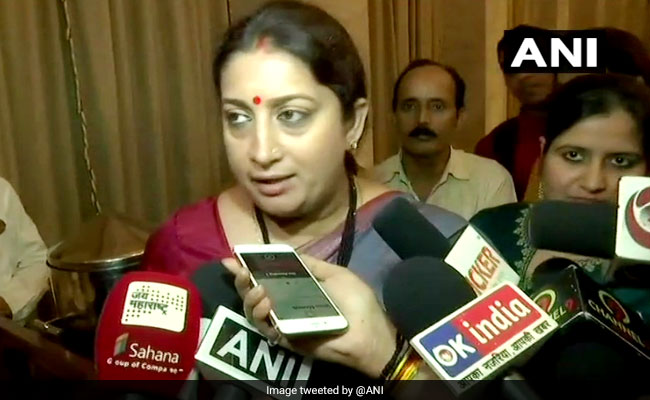 Union minister and BJP leader Smriti Irani on Friday said that there is no role of religion in government.

She said the Sabarimala temple issue, which became a matter of national debate after the Supreme Court allowed entry of women of menstrual age into the famous hill shrine in Kerala, is being used as a "political tool".

"There is no role of religion in government. There has to be a distinction between governance and politics. But, a fine balance between the two can serve the country well," Ms Irani said.

To a question on the raging debate over entry of women in 10-50 age group into Sabarimala temple, she said every religion and temples have their own practices and the freedom to follow one's own faith is enshrined in the Constitution.

"The Sabrimala issue is being used as a political tool. One needs to study reasonable restrictions in context to the Constitution and not make it a fulcrum of every other debate on equal rights," the minister said.

Asked to comment on the MeToo movement, the minister said children should be taught to have mutual respect for fellow human beings in their growing years.

"Speaking up for the victim is the way forward. A woman just needs an equal opportunity so that she can empower herself," Ms Irani said.

"Let's respect people for being themselves and not judge or punish or humiliate them because their views differ," she maintained.