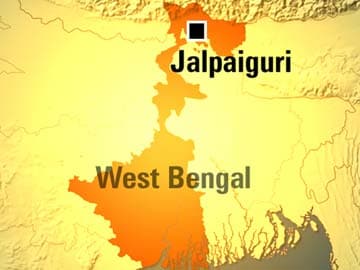 The accident took place at the Jaldhaka Bridge near Chalsa forest, 55 kms from Jalpaiguri town.

Jalpaiguri: Six elephants were killed and several others injured after a herd was run over by a train today in West Bengal's Jalpaiguri district.

The accident took place at around 5:45 pm at the Jaldhaka Bridge near Chalsa forest, 55 kms from Jalpaiguri town. The herd of 40 elephants was hit by a passenger train which was headed for Dibrugarh in Assam.

A special train has been despatched from Alipurduar to the accident site to rescue passengers from the train which is stranded in the forest.

Forest officials have reached the spot and are treating the injured elephants.

Promoted
Listen to the latest songs, only on JioSaavn.com
In a similar incident, seven elephants had been killed by a speeding goods train in September 2010 near Binnaguri in Jalpaiguri.