"Very Useful To Parliament": PM On Camera To Check Who's Paying Attention

The Singapore-India Hackathon at IIT-Madras had 20 teams of three university students, each from India and Singapore, for exchange of culture and ideas. 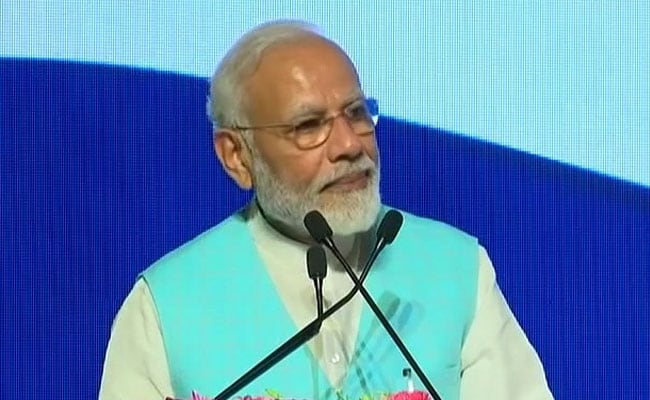 One of the projects that impressed Prime Minister Narendra Modi at the Singapore-India Hackathon at IIT-Madras today was a camera designed to "detect who is paying attention".

The event is the first of its kind joint international hackathon between India and any other country.

"My young friends here have solved many problems today. I specially like the solution about cameras to detect who is paying attention. And now what will happen, you know? I will talk to my Speaker in parliament. I am sure it will be very useful to parliament," PM Modi said, speaking of the project developed by students that caught his attention.

The Prime Minister's idea drew a loud applause from the crowd. "Today's hackathon is the start-up idea for tomorrow," he said.

#WATCH "My young friends here solved many problems today. I specially like the solution about camera to detect who is paying attention. I will talk to my Speaker in the Parliament. I am sure it will be very useful to Parliament", says PM at Singapore-India Hackathon at IIT-Madras pic.twitter.com/mheXdLaPGo

The hackathon had 20 teams of three university students, each from India and Singapore, for exchange of culture and ideas.

This year, Indian Institute of Technology (IIT)-Madras hosted the hackathon, which focussed on three themes - good health and well-being, quality education, and affordable and clean energy.

"I congratulate the winners of the hackathon, and each and every young friend assembled here. Your willingness to confront challenges and find workable solutions is of much great value than just winning a challenge," PM Modi said at the prize distribution ceremony.

He said such events bring together government departments, the industry and premier institutes like the Indian Space Research Organistaion (ISRO).

PM Modi, who landed in Chennai in the morning, spoke at the IIT-Madras convocation ceremony. "Today, India is inspiring to become a 5 trillion dollar economy. Your innovation, aspiration and application of technology will fuel this dream. It become bedrock of India's big leap into the most competitive economy," PM Modi said.