Shivraj Singh Chouhan will discuss, among other things, the various developmental activities and welfare measures in Madhya Pradesh with PM Modi. 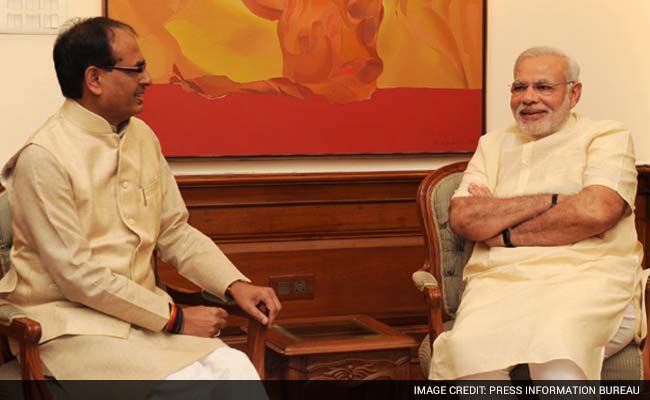 From railway projects to bulk drug parks, Shivraj Chouhan will discuss them all with PM Modi.

Madhya Pradesh Chief Minister Shivraj Singh Chouhan is scheduled to meet Prime Minister Narendra Mod tomorrow in New Delhi to discuss the various central schemes being implemented in his state. The meeting is set to be held in the afternoon at around 4 pm, sources have said.

Discussions will be held on the various developmental activities and welfare measures being carried in Madhya Pradesh, sources said.

"The Chief Minister will update the Prime Minister on the Devaranya scheme and the progress made in the various Central schemes undertaken in the state," they said. Madhya Pradesh's Devaranya scheme promotes ayurveda, yoga, naturopathy, unani, siddha, sowa-rigpa and the homoeopathy schools of medicine. It links these to employment, especially in tribal areas.

Mr Chouhan is expected to speak to PM Modi about crop yields and diversification, besides new agricultural practices. Another subject likely to be discussed during the meeting is funds for the state's Compensatory Afforestation Management and Planning Authority (CAMPA) and the District Mineral Foundation.

CAMPA was set up under a 2009 Supreme Court order following a plea by some NGO about discrepancies in the process of afforestation to compensate for forest land diverted to non-forest activities. DMF are statutory bodies established by state governments to benefit people in mining-affected areas.

The Madhya Pradesh Chief Minister is expected to seek PM Modi's guidance in these areas.

"He will also express his gratitude towards the Union government for clearing a medical devices park in Madhya Pradesh," sources said. The Centre had last week notified a Rs 400 crore scheme to promote medical device parks in Himachal Pradesh, Tamil Nadu, Madhya Pradesh and Uttar Pradesh.

"Mr Chouhan will also thank the Prime Minister for clearing (today) the doubing of the Nimach-Ratlam railway line."

The other schemes he is likely to take up with PM Modi include the bulk drug park, the digital health card, and the many programmes under Suraj Abhiyan.