Shiv Sena spokesperson stressed that every policy decision is discussed in a meeting of top leaders or announced by party President Uddhav Thackeray. 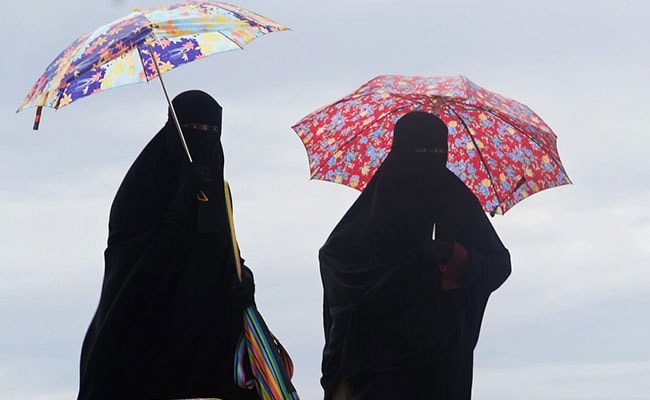 The editorial was not discussed in the meeting with top leaders: Shiv Sena spokesperson

Hours after its party mouthpieces called for a ban on the use of 'burqas' like what Sri Lanka is considering, the Shiv Sena on Wednesday evening officially dissociated itself from the demand, following a massive furore on the issue just five days before the Islamic holy month of Ramadan begins.

Referring to the strong editorial in Saamana and Dopahar Ka Saamana calling for the ban like the measure being mulled by the Sri Lankan government in the wake of the Easter terror strikes which claimed over 250 lives, party spokesperson Neelam Gorhe stressed that every policy decision is discussed in a meeting of top leaders or announced by party President Uddhav Thackeray.

"Today's editorial has neither been discussed nor been announced by Uddhavji and thus it may be a personal opinion of the editor on the current affairs in Sri Lanka, but is not endorsed by the party President or the party," Neelam Gorhe said in a categorical statement, signalling a dramatic turnaround on the issue.

State political circles indicated the sudden decision to backtrack may have been prompted by the massive potential political fallout of the Sena's demand on the Bharatiya Janata Party and allies which are facing the upcoming three phases of elections in this month, barely on the eve of the holiest month in the Islamic calendar.

With the demand, addressed directly to Prime Minister Narendra Modi, political circles are abuzz with speculation whether BJP leadership and other allies have conveyed their "displeasure" to the Sena, but Neelaam Gorhe declined to comment on this when asked by IANS.

Another ally, the Republican Party of India-A strongly came out against the Sena on the issue

"Not all women who wear burqa are terrorists, it is their custom and their right, too. There should not be such a ban on burqa in India," its President and Union Minister Ramdas Athawale said.

All India Majlis-e-Ittehadul Muslimeen chief Asaduddin Owais attacked the Sena for its ignorance by seeking a ban on burqa and sought Election Commission's action in the matter.

"The Supreme Court judgement on privacy clearly lays down that choice is now a Fundamental Right. Besides, it is a violation of the Model Code of Conduct, aimed at creating polarization before the elections," he said.

The editorial said that the ban - something similar which the party has proposed in the past -- "has already come in Ravana's (Sri) Lanka, when will it be implemented in Ram's Ayodhya -- this is our question to (Prime Minister) Narendra Modi."

"This restriction has been recommended as an emergency measure to ensure the security forces do not encounter difficulties in identifying anybody. People wearing face-masks or burqas could pose a threat to national security," it said.

"If such religious practices or traditions interfere with national security, then it must be ended immediately, and "Modi will have to do it now".

"This work will require as much daring as a 'surgical strike.' The Sri Lankan President had done it by overnight banning burqa or veils or face-covers of any types in all public places. This is a work of great courage and restraint exhibited by (Sri Lanka) President Maithripala Sirisena," it lauded.

It accused that many Muslims have not understood the true meaning of their religion (Islam) and they have confused it with traditions and customs like burqa, polygamy, triple talaq and resistance to family planning, the edit added.

"When any voice is raised against these practices, immediately there are cries of 'Islam is in danger', and it seems religion takes precedence over nationalism among Muslims. Muslim women have been sporting burqas/veils under the wrong impression that it is a Quranic tenet," the editorial said.