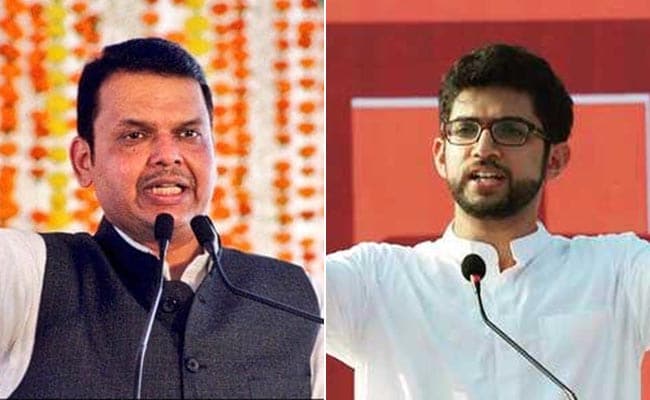 Questioning "silence" of the Shiv Sena over a communal remark made by AIMIM leader Waris Pathan, senior BJP leader Devendra Fadnavis has said that the Uddhav Thackeray-led party might have worn bangles, but the BJP will not keep quiet on the issue.

Speaking at a rally held at Azad Maidan in south Mumbai on Tuesday, the Leader of Opposition said he was unable to understand what is happening under the watch of the ruling Maha Vikas Aghadi (MVA) government headed by the Shiv Sena.

Mr Fadnavis said the BJP is also proud of minorities, but it will not spare any "Lawaris if he takes the tolerance of our Hindu community for its weakness."

Mr Fadnavis said the BJP possesses the strength to give a befitting reply to those who make such statements to pitch one community against another.

The Shiv Sena shares power in Maharashtra with the Nationalist Congress Party (NCP) and the Congress.

While addressing an anti-Citizenship (Amendment) Act (CAA) rally at Kalaburagi in North Karnataka on February 16, Waris Pathan, a former AIMIM MLA from Mumbai, had allegedly said, "We have to move together. We have to take Azadi (freedom), things that we don't get by asking, we have to take it by force, remember it...(We may be) 15 crore, but are heavy on 100 (crore), remember it".

He later retracted his statement.

"Shri @Dev_Fadnavis ji, normally I choose not to comment back. Kindly apologise abt bangles comment: bangles are worn by the strongest of all - the women. Politics can go on, but we need to change this discourse. Rather disgraceful coming from a fmr CM," Mr Thackeray tweeted on Wednesday.