Read inOther Languages
This Article is From Oct 15, 2018

Shashi Tharoor had said that "no good Hindu would want a Ram Temple built by demolishing somebody else's place of worship". 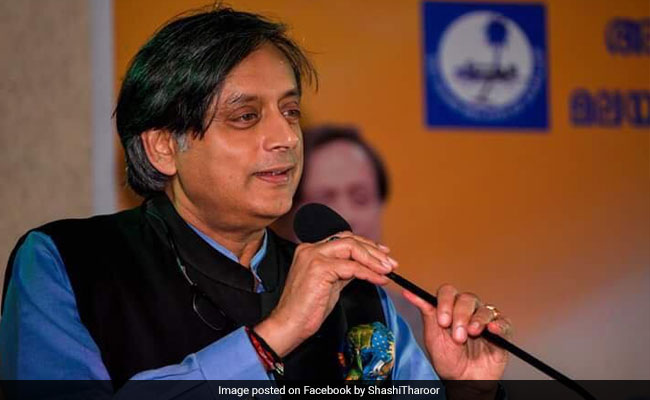 Shashi Thaoor said his Ram Temple comment was his own view and not the Congress party's. (File)

Congress parliamentarian Shashi Tharoor said today that he condemned the "malicious distortion" of his words on a Ram temple at the site of the razed Babri mosque in Ayodhya. Speaking at a literature festival in Chennai on the weekend, Mr Tharoor had said that "no good Hindu would want a Ram Temple built by demolishing somebody else's place of worship".

He had said that "as a Hindu he was very conscious" that a vast majority of his fellow Hindus believed the Ayodhya site was the specific birthplace of Lord Ram.

"And for that reason most good Hindus would want to see a Ram temple at the site where Ram was supposed to be born. But I also believe that no good Hindu would have wanted to see that temple built by demolishing somebody else's place of worship," he said, referring to the razing of the 16th century Babri mosque by thousands of kar sevaks or Hindu volunteers in December 1992.

In some reports, the Congress MP's comment became this: "No good Hindu would want temple at the Babri mosque site".

The BJP's Nalin Kohli hit out: "Who are the Congress or Tharoor to decide? Who are they to certify who is a good Hindu and who is bad Hindu? How can they play with the faith of crores of people?"

As the comments provoked more and more sharp reactions, Mr Tharoor sought to set the record straight in his tweets.

"I condemn the malicious distortion of my words by some media in the service of political masters. I had said, 'Most Hindus would want a temple at what they believe to be Ram's birthplace. But no good Hindu would want it to be built by destroying another's place of worship'," he tweeted.

The Congress leader also clarified that he had expressed a personal opinion and had not spoken on behalf of the party. "I am not a spokesperson for my party and did not claim to be speaking for it," he said.

"This could be Tharoor's or Rahul Gandhi's views but not of the common people. This shows how cut off they are from reality," Mr Javadekar said.

The BJP accused Mr Tharoor of trying to stall or divert focus days before the Supreme Court is to take up the case of whether or not a Ram temple should be built at the site in Ayodhya.