Sharad Pawar said BR Ambedkar's contribution towards the country is "indisputable" and the latter did the job of giving stability to India from a political point of view. 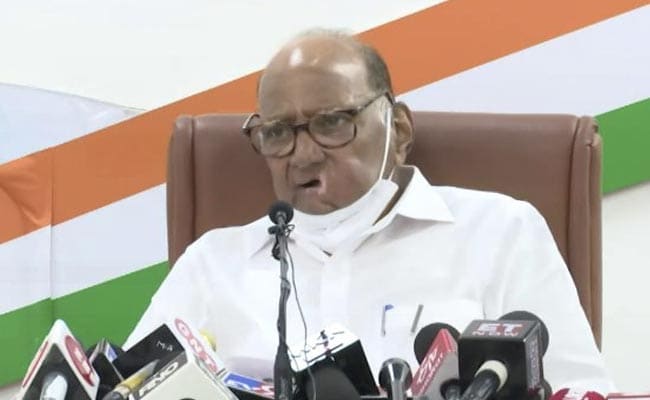 NCP chief Sharad Pawar on Thursday said at a time when neighbouring Sri Lanka and Pakistan are facing instability, India continues to remain stable and united due to the Constitution given by Dr Babasaheb Ambedkar.

Mr Pawar made the remarks at an event organised here to mark the 131st birth anniversary of BR Ambedkar. The event was also attended by Maharashtra Deputy Chief Minister Ajit Pawar, state Water Resources Minister Jayant Patil and others.

Sharad Pawar said BR Ambedkar's contribution towards the country is “indisputable” and the latter did the job of giving stability to India from a political point of view.

Sri Lanka is in the midst of one of a worst economic crisis it has ever seen. It has just defaulted on its foreign debts for the first time since its independence, and the country's 22 million people are facing crippling 12-hour power cuts, and an extreme scarcity of food, fuel and other essential items such as medicines.

Pakistan recently witnessed a political turmoil as the Imran Khan government there was ousted through a no-confidence vote by a joint opposition. Pakistan Muslim League-Nawaz (PML-N) leader Shehbaz Sharif replaced Khan as prime minister of the neighbouring country.

“India is a continent-like country, which has people belonging to different castes and speaking different languages and has different regions. Still, its stability has remained intact. The important reason behind this is the Constitution given by Babasaheb. Therefore, this country has remained united,” Sharad Pawar said.

He further said one cannot ignore BR Ambedkar's contribution towards giving momentum to the country's economy.

“He is known as the Constitution's architect. He was an equally important economist,” the NCP chief said.

Sharad Pawar recalled that Ambedkar held portfolios of electricity generation and water conservation in the government that was formed before independence and took many key decisions in these spheres.