Nationalist Congress Party president Sharad Pawar has dissolved all departments and cells of his political party with immediate effect, a senior NCP leader said on Wednesday.

Mr Patel, a former Union minister, did not disclose the reason for the sudden move, which comes three weeks after the collapse of the Maha Vikas Aghadi or MVA government in Maharashtra. 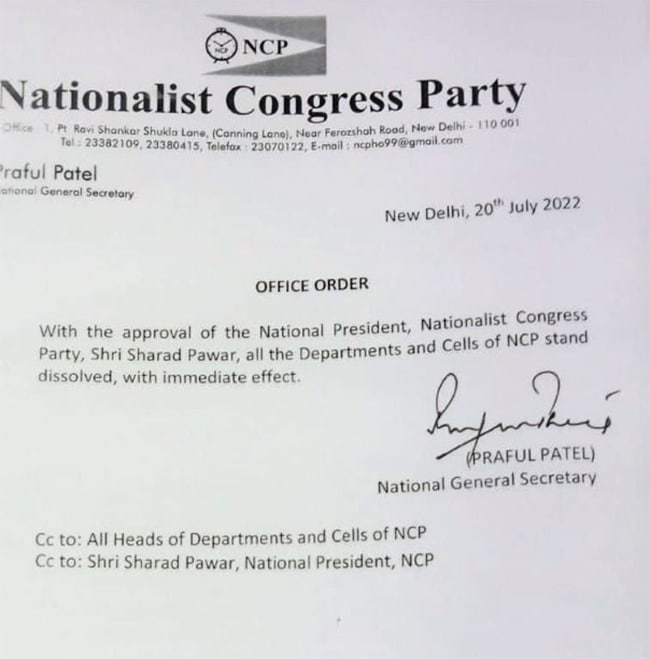 The NCP was a key constituent of the Shiv Sena-led coalition government which fell apart in late June following a rebellion against Uddhav Thackeray by a section of Shiv Sena MLAs led by Eknath Shinde.