Shah Rukh Khan was onboard a train to promote Raees when a man collapsed during mad rush in Vadodara.

New Delhi: Shah Rukh Khan said today he was saddened at the death of a man at a railway station in Gujarat last night when he stopped there during his train ride to promote his new film Raees.

Farheed Khan Pathan, said to be a local politician, reportedly died of a heart attack after being caught in the huge crush of fans gathered to see the star at a station in Vadodara. Railway policemen allegedly used batons to control the crowd, which led to a stampede.

Railway Minister Suresh Prabhu has ordered an investigation and said stern action will be taken if there was any lapse by the railway police force.

Shah Rukh Khan expressed grief as he arrived at a railway station in Delhi this morning. "It is extremely unfortunate that someone has died...my prayers are with his family," the 51-year-old actor told reporters.

"Our team was there all along, tragic that such an incident still took place," he said, asserting that there was also security at the station. He said members of his team were at the funeral.

Mr Pathan had reportedly come with his wife and daughter to meet a journalist who was also travelling on the train.

When the train arrived, the crowd went out of control and started banging on windows. A police lathi-charge allegedly led to panic and a stampede.

The crowd again went berserk and started running with the train when it was pulling out of the station.

Mr Pathan became breathless and fell unconscious, says his family. He was declared dead in hospital. 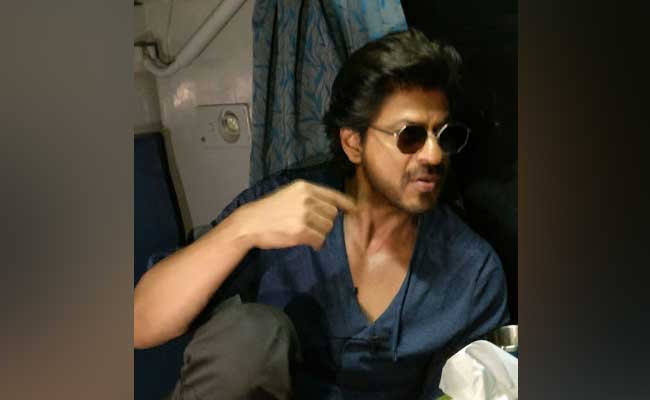 Large crowds gathered at stations to see Shah Rukh Khan and his team who were travelling as part of the 'Raees by Rail' campaign to promote the film.

Shah Rukh Khan travelled from Mumbai to Delhi on the August Kranti Express as part of his promotional tour, "Raees by Rail" for the film which releases tomorrow.

Two railway policemen reportedly also collapsed in the chaos and are being treated.

Promoted
Listen to the latest songs, only on JioSaavn.com
The star travelled with the film's director Rahul Dholakia and producer Ritesh Sidhwani.

Cricketers Irrfan and Yusuf Pathan were also present at the Vadodara station to meet the star.