At least 3.5 crore in cash have been seized from the properties belonging to the politician so far, officials said. 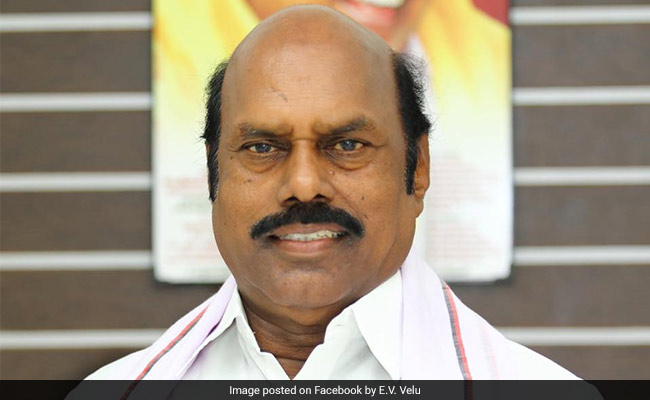 Income tax officials carried searches at the properties owned by senior DMK leader and Tamil Nadu candidate EV Velu for the second consecutive day on Friday. The searches, Income tax officials said, were based on "credible inputs of cash movement" during the campaign for the April 6 state election.

At least 3.5 crore in cash have been seized from the properties belonging to the politician so far, officials said.

Separate searches were also carried out in Karur district during which Rs 5 crore was seized, officials said. The raids were conducted at premises of six financiers there based on the information on cash movement, officials added.

On Thursday, Income tax officials conducted searches at over 10 locations including EV Velu's home in Tiruvannamalai, his constituency. The 70-year-old is seeking re-election from the constituency.

The properties of the DMK leader were searched around the same time his party chief MK Stalin campaigned for him for the state election.

"Conducting searches in the room where DMK chief MK Stalin stayed shows their intention. Nothing has been seized. This won't stop our victory," DMK general secretary Duraimurugan said on Thursday.

Tamil Nadu will vote for a new government next month and the results will be declared on May 2.

3 Children Die After Mother Poisons Them Over Family Dispute: UP Police