"See What My Friend Has Done": Navjot Singh Sidhu On Kartarpur Corridor

Navjot Singh Sidhu claimed that the Pakistan government had invited the government of India for talks on the Kartarpur corridor issue. 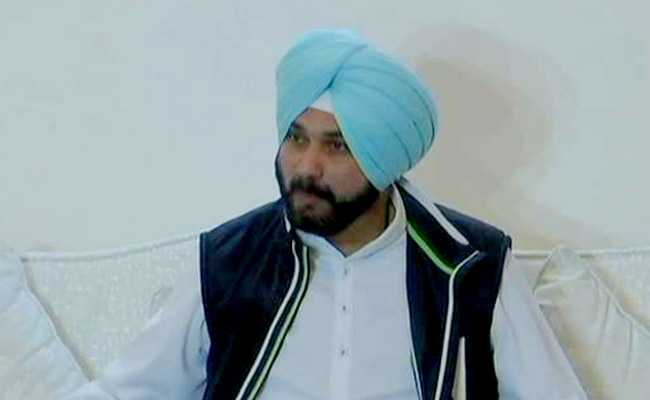 Cricketer-turned-politician was under fire from the BJP leadership for his hug with General Bajwa.

Defending his earlier stand on the opening of Kartarpur corridor by Pakistan, Punjab Cabinet Minister Navjot Singh Sidhu on Friday thanked his "friend" Pakistan Prime Minister Imran Khan for enabling the opening of the religious corridor.

The Kartarpur corridor will allow pilgrims from India to go to a gurdwara in Pakistan, close to the India-Pakistan border, which is associated with Sikhism founder Guru Nanak Dev.

"Ajj meri zindagi safal ho gayi (Today, I have succeeded in life)," a visibly charged Najot Singh Sidhu told the media in Chandigarh on Friday, claiming that PM Imran Khan had lived up to his promise of opening the religiously crucial corridor.

Mr Sidhu even claimed that the Pakistan government had invited the government of India for talks on the Kartarpur corridor issue.

"See what my friend has done. I thank you Khan Saab (Imran Khan) a million times for doing this," Mr Sidhu said, adding that things happened with the blessings of Guru Nanak.

Mr Sidhu took a dig at those, meaning the Bharatiya Janata Party (BJP), which criticized him for his statements earlier on the issue and the hug that he gave to Pakistan Army chief General Qamar Javed Bajwa during the swearing-in ceremony of Imran Khan as Pakistan's Prime Minister in Islamabad last month.

Cricketer-turned-politician was under fire from the BJP leadership for his hug with General Bajwa.

Mr Sidhu said that the Pakistan government has stated that Indian pilgrims will be allowed to visit the Sikh shrine through the Kartarpur corridor without visa.

It was at the Kartarpur gurdwara, which is located around four km from the India-Pakistan international border and right opposite the border belt in Dera Baba Nanak in India's Punjab's Gurdaspur district, that Guru Nanak Dev spent 18 years of his life till he died in 1539.

The gurdwara, which fell in the Pakistan territory following the partition of India in August 1947, has big significance for Sikh religion and history.