Acquaintances and relatives of the teenager, from Bihar's Samastipur, had been frantically searching for him since Sunday morning. 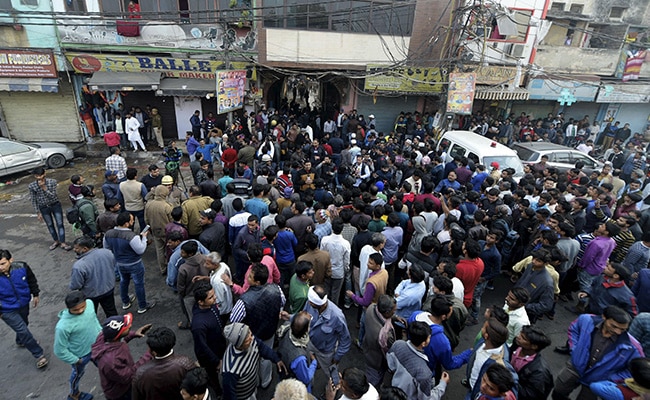 Nearly 150 fire personnel carried out rescue operation, pulled out 63 people from the building.

For the family and friends of 14-year-old Mohammed Sehmat, the efforts to find him after the massive fire in Delhi's Anaj Mandi area ended at a morgue in the city on Monday.

Acquaintances and relatives of the teenager, from Bihar's Samastipur, had been frantically searching for him since Sunday morning, saying he was present inside the ill-fated building when the fire broke out.

"We looked for him everywhere, from hospital to hospital the entire day yesterday but in vain," said Mohammed Arman, who hails from the same village as Sehmat and works at a furniture factory in Mayapuri in Delhi.

"This afternoon, I and another person who knew Sehmat, as he was from our village only, we identified his body in the morgue at LNJP Hospital," he said.

As many as 34 victims were declared brought dead at the hospital in central Delhi while 15 survivors reached there in injured condition. Most of the victims were labourers, doctors said.