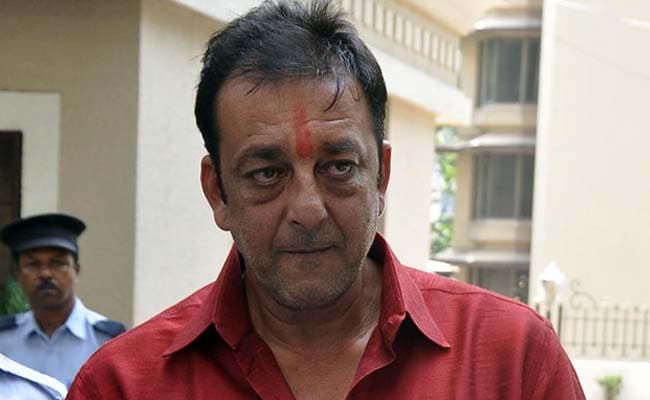 Mumbai: Actor Sanjay Dutt, convicted in the Mumbai serial blasts case, today left home for jail to surrender on expiry of his 14-day furlough but was back home again, apparently due to lack of coordination between the prison and police authorities on his application seeking an extension of leave of absence.

"Sanjay Dutt reached Pune jail along with my colleague this afternoon when there was a news flash that the Minister concerned has made a statement that since the application seeking extension of furlough is pending, he (Dutt) does not require to surrender," Mr Dutt's lawyer Hitesh Jain said.

"Hence we have given a letter to prison authorities that since such a news has been flashed we will wait for another 24 hours. If there is no word by then, Dutt will surrender tomorrow," he told PTI.

When contacted, Rajendra Dhamane, Deputy Inspector General (prisons), Pune, said, "Sanjay Dutt cited bad health as reason for extension of furlough. We asked the Mumbai Police to verify if the reason cited by the convict is true. We sent them a correspondence but have not received any response from the local police yet."

However, Joint Police Commissioner (Law and Order) Dhanjay Kamlakar, who is the in-charge of all the 93 police stations in Mumbai, said, "We have not received any communication from prison authorities to verify anything pertaining to Dutt."

Minister of State for Home Ram Shinde said DIG of Prisons, Pune, has not taken a decision on the extension of Mr Dutt's furlough as yet. "It is upto the authorities to decide whether he should be given an extension or not. If he gets it, fine. If he doesn't, he will have to go back to jail. But no decision has been taken as yet," he said.

The minister replied in the negative when asked if he had made any statement that Mr Dutt was not required to surrender before the jail authorities as his application was still pending.

The 55-year-old actor, convicted in the serial blasts case for illegal possession an AK-56 rifle and its destruction, was released on a 14-day furlough by the Yerawada Central Jail authorities on December 24 as he wanted to be with his family in the New Year.

Before leaving his home for jail he told reporters that he had requested for an extension of furlough on December 27 which was still under process. "Since the law stipulates that I should surrender myself before the authorities if I am not granted an extension, I am going to do so now," he said.

Mr Dutt had earlier been granted furlough in October 2013 for 28 days on health grounds, followed by a similar leave in December 2013 to tend to his "ailing" wife Manyata.

Promoted
Listen to the latest songs, only on JioSaavn.com
A controversy had erupted when newspapers published photographs of Manyata reportedly attending a film screening, raising doubts about the actor's claim of his wife's illness.

Mr Dutt is undergoing the remainder of his five-year jail term for possessing illegal firearm that was part of a cache of weapons meant to be used during the 1993 blasts.