Sangh Being Put in Dock as Part of Conspiracy: RSS on Dadri Mob Killing 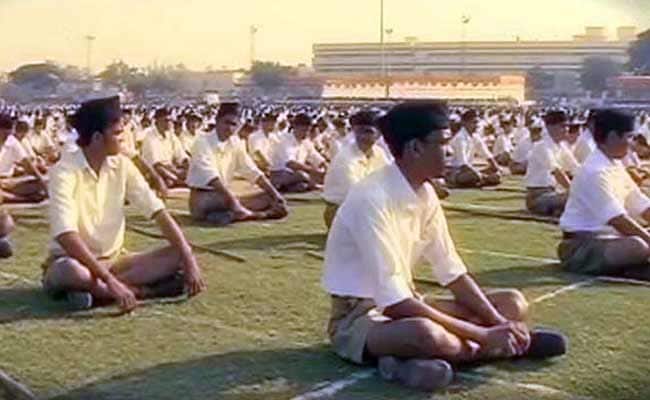 The RSS today said some forces were out to put the organisation in the dock by linking it with some condemnable incidents in the country.

Ranchi: The Rashtriya Swayamsevak Sangh (RSS) today dismissed accusations linking it with some recent "condemnable" incidents like Dadri mob killing episode, saying the Sangh is unnecessarily being put in the dock as part of a conspiracy by some forces.

"In the last few days some forces are trying to put the Sangh in the dock by linking it with different incidents," RSS General Secretary Bhayyaiji Joshi said.

The Sangh described as "highly deplorable" the "sinister attempts" being made by some elements to ridicule Hindu culture and organisations. It also called for unravelling the truth.

"We believe that the Sangh is unnecessarily being put in the dock as part of a conspiracy. We have always condemned such incidents because such incidents are not good for the society," he told a press conference here.

A 52-year-old man was killed by a mob attack in Dadri, Uttar Pradesh for allegedly eating beef on the night of September 28 leading to public outcry.

Saying that there is a necessity to go deeper into such incidents to find out the truth, Mr Joshi said that in the past also the RSS had faced such allegations but when one went deeper into the allegations there was no truth found in such charges.

Replying to a query as to why RSS is accused of being intolerant, Mr Joshi said the Sangh had always been constructive in its thoughts and respected everyone's sentiment.

"We have been in the social life for the last 90 years and nobody raised allegations of intolerance against the Sangh... I understand that this is an insult to the Hindu society and there is a necessity to correct it with a proper understanding of the Sangh's constructive works in the society. The Sangh has always made forward strides together with all," he said.

The RSS is the ideological mentor of the BJP.

Case Filed Against 125 For Religious Procession Amid Pandemic In Gujarat