Rahul Gandhi had offered to quit as Congress President afte the party's dismal performance in the Lok Sabha elections. 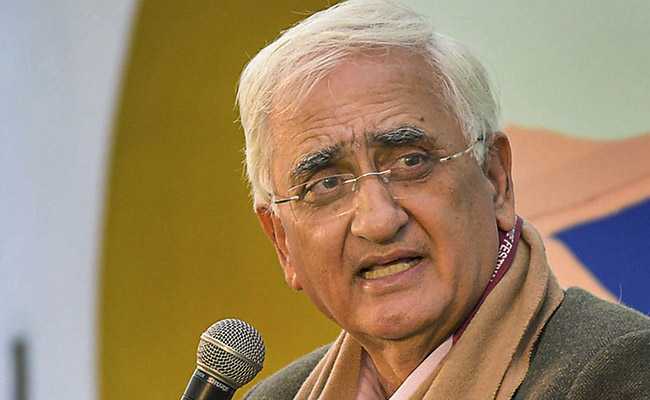 Salman Khurshid also expressed confidence that the party would solve all its problems.

Senior Congress leader Salman Khurshid said today that the party cannot afford to let Rahul Gandhi quit the president's post since it will be difficult to replace him. Rahul Gandhi had offered to quit the top post after the Congress's dismal performance in the Lok Sabha elections, at meeting of the party's working committee.

Asked if Rahul Gandhi continuing to be president is the only option forward for the Congress, Mr Khurshid said, "I certainly think. The Congress cannot afford to let Rahul go. He is firm on not reconsidering his decision quit the post, though he had said he is going to be around to fight the battle."

"I think there is a lot more to the structure of the party. Let us call it inherent and historical, that his presence in control is imperative, it is very difficult, if not impossible, to replace him," he added.

Mr Khurshid added that he respects the wishes of the Gandhi family. "I just equally hope that he will respect how all the workers and followers feel. We understand the decision must be difficult for him, but I would certainly appeal that if he stays and we find solutions to all our problems," he said.

The Senior Congress leader had earlier said the Nehru-Gandhi family is the binding force for the party and the largest vote-getter for the outfit.