Salman Khan's movies are known to break box-office records. However, Tubelight, which released across 5,550 screens worldwide, has surprisingly underperformed 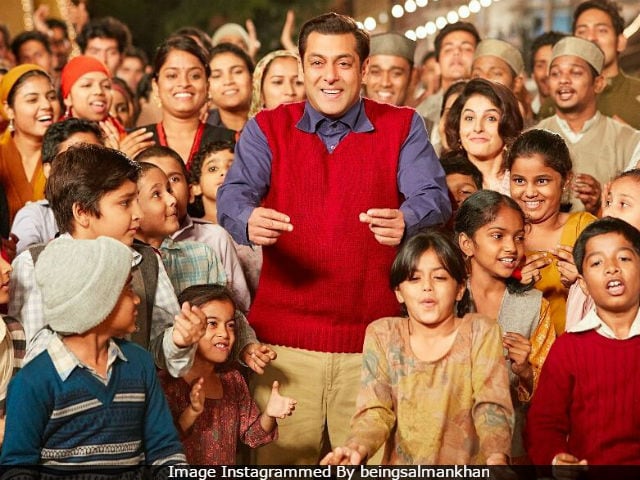 Mumbai: Salman Khan's movies are known to break box-office records. Because of his strong fan base, his blockbusters keep raising the bar in the film business - Bajrangi Bhaijaan (2015) crossed the 100 crore mark in 3 days (Rs 102.60 crore from Friday - Sunday) and so did his 2016 release Sultan (Rs 105.53 crore from Friday - Sunday). Even Kabir Khan's Ek Tha Tiger made Rs 100.16 crore in its extended weekend (Wednesday to Sunday) back in 2012. However, his latest film Tubelight, which released across 5,550 screens worldwide (4,350 of them in India), has surprisingly underperformed at the box office and has managed to collect only Rs 83.86 crore after four days, still eyeing the 100 crore mark from a distance. The festival of Eid, which is the strongest time for Salman Khan's movies, saw a steep drop. On Eid (Monday), the collections went down to Rs 19.09 crore, from Rs 22.45 crore on Sunday.

So what exactly went wrong with Tubelight? On the day of the release, Salman Khan confessed at a press conference that he has been hearing that his fans don't like to see him cry - and in Tubelight, the actor sheds a lot of tears. This was the reaction from those leaving the cinema hall after the first show, apart from the fact that it's a very dull film - nothing like his earlier super-hits. Some fans went on to say that he should not make the mistake of discontinuing his trademark style, which his fans love. Trade analysts believe it's the content that failed and nothing else. Trade analyst Komal Nahta said, "The film failed to strike a chord, to touch the hearts of the people. Tubelight was a wrong script. When the drama doesn't entertain then any amount of fan following and love for the hero will not add value. The logic of loyal fan base is fine, but we should remember that first people are loyal to their money, they can't waste their money on anyone. Their money being wasted will not compensate their loyalty to any superstar."

Trade analyst and critic Taran Adarsh added, "In the case of Tubelight, the content has not been appreciated, that is the main point. Some people are saying they don't want to see Salman in a different role now that may not be true because even in Sooraj Barjatiya's Prem Ratan Dhan Payo he did something different, then in Bajrangi Bhaijaan again he was different, nothing like his earlier films. In Sultan, he was a shattered man who bounces back. So in all these three films, Salman played different roles. His fans have accepted because the content was solid.Sultan collected Rs 30 crore plus for the first five days when it released and on Eid, which is supposed to be Salman's strong date at the cinemas, we saw a dip in the collections."

Taran Adarsh also believes that now people have seen good cinema, so they won't settle for less, "There has been a big problem for filmmakers after Baahubali. People have watched good quality movies which have only good content. No Khans, no item number and nothing that we believe may have done some trick. So if a film is good then why should we aim for 300 crore? It can even collect 500 crore! Baahubali didn't release during any holiday. Content is king."

This may be a time of introspection for the superstar but the good news for his fans is that after Tubelight, Salman Khan will return to his tried and tested formula, with masala films like Dabangg 3 and Tiger Zinda Hai. The originals of both these films were blockbusters.
Comments
Salman Khansalman khan tubelighttubelight