Tubelight Box Office Collection Day 3: Tubelight first weekend collection is respectable in itself but is dull in comparison to Salman's previous openings like Bajrangi Bhaijaan and Sultan 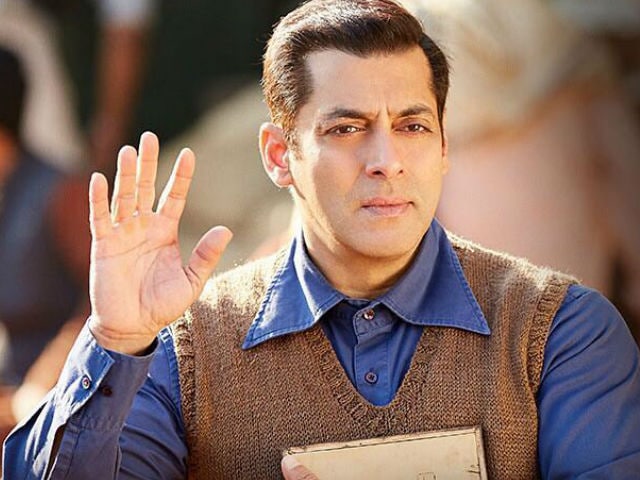 New Delhi: Salman Khan's sheen at the box office may have been just a little tarnished by his new film Tubelight, which appears to have left the star's public as underwhelmed as it did critics. Salman, 51, is held to more stringent standards, in terms of ticket sales, than are lesser stars. As such, Tubelight has scraped through its first weekend in cinemas with numbers that are respectable in themselves but are dull in comparison to Salman's previous openings. Tubelight released on Friday to coincide with the Eid weekend and trade analyst Taran Adarsh reports that it has made a shade under Rs 65 crore in three days - Rs 64.77 to be exact. Eid business is expected to bolster the figures.

Box Office India reports that Tubelight has managed 2017's second biggest opening after the majestic Baahubali 2. This means little in a revenue-impoverished year, particularly when you consider that Tubelight is an extremely distant second and at just half of what the top earner managed - Box Office India reports Baahubali 2's net opening figure as over Rs 127 crore.

Eid has traditionally paid rich dividends for Salman Khan and Taran Adarsh presents the numbers of the last six Eid releases as below - Tubelight made the poorest showing:

Promoted
Listen to the latest songs, only on JioSaavn.com
Most critics have reviewed Tubelight unfavourably including Raja Sen, writing for NDTV Movies, who rated the film one star and called Salman the 'worst thing' about it. In the past, Salman has expressed disdain for the critics' verdict, challenging them to give his films no stars or no to review them at all. But if Salman has been rating-proof so far, trade pundits appear to doubt that Tubelight will rise to the dizzying heights of Sultan and Bajrangi Bhaijaan. Taran Adarsh put it out there on Friday:

Tubelight, loosely based on the Hollywood film Little Boy, is directed by Kabir Khan and co-stars Salman's brother Sohail Khan, Chinese actress Zhu Zhu, Arunachali child artiste Matin Rey Tangu, and late actor Om Puri in his last role. The events of the film are set in 1962 and take place after Sohail's character Bharat, reel-life brother of Salman's Laxman, goes off to fight in the war against China. Laxman, the village idiot, embarks on a search to find his brother.