Salman Khan's Tubelight opened to a positive response on day one. The film managed to collect Rs 21.15 crore on its opening day, which is the second highest in this year 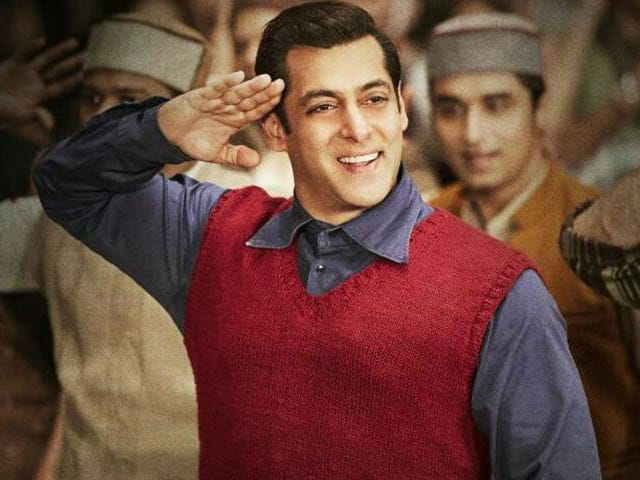 New Delhi: Salman Khan's much-awaited movie Tubelight, which finally released in theatres on Friday, has opened to a positive response on day one. The Kabir Khan-directed film has managed to collect Rs 21.15 crore on its opening day, which is the second highest in this year, according to Box Office India report. The numbers are good, but are not the expected figures from a Salman Khan Eid release, reported trade analyst Taran Adarsh. Tubelight has failed to surpass the day one collection of the actor's previous Eid releases like Sultan, Bajrangi Bhaijaan and Kick. Mr Adarsh shared the first day box-office collection of Salman's last five releases and Sultan topped the list with an earning of Rs 36.54 crore.

Take a look at the box-office collection of Tubelight here:

Salman Khan's Tubelight has received a mixed response from the film critics and audience.

Meanwhile, our critics are also divided about their opinion on Salman Khan's film and performance.

Promoted
Listen to the latest songs, only on JioSaavn.com
In his review for NDTV, film critic Raja Sen described Salman Khan's performance as one of his worst. He gave the film just one star out of five. Saibal Chatterjee gave the film three stars. He wrote, " Its shine might be inconsistent, but when Tubelight does achieve full wattage, which is frequently enough to stand out, it does light up the screen. Watch it even if you aren't a Salman Khan fan. Tubelight does much more than just entertain."

US Looking At Joint Production Of Johnson And Johnson's In India