Salman Khan, who was convicted in the blackbuck case, reportedly refused to eat the simple food served to him last night and this morning.

Jodhpur: Bollywood superstar Salman Khan - convicted for killing two endangered blackbucks 20 years ago - will have to spend another night in Jodhpur Central Jail as Qaidi (prisoner) No. 106, after a court today said his bail plea hearing will continue tomorrow. The court on Thursday found him guilty of killing two blackbucks in 1998 and sentenced him to five years in jail. Four other Bollywood stars, Saif Ali Khan, Sonali Bendre, Tabu and Neelam Kothari, were acquitted for lack of evidence. While delivering the verdict in the blackbuck poaching case, the judge said, "The way the accused killed two innocent black bucks in violation of the wildlife laws...he is a film star, people emulate him... there has been a rise in poaching incidents, so leniency is not justified." Salman Khan did not appear before the court today. His lawyer reached the Jodhpur sessions court this morning with a 51-page bail application. 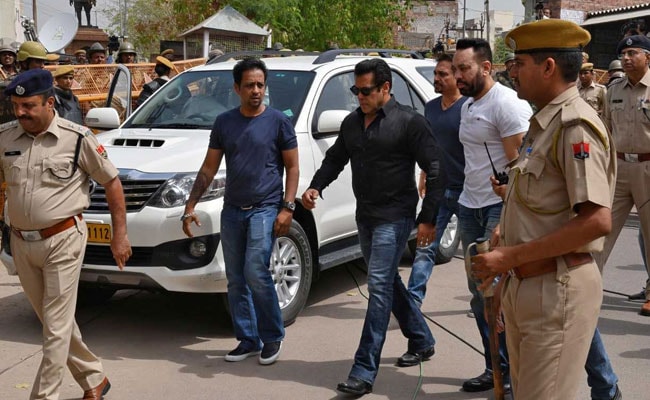 Salman Khan was sentenced to five years in prison in the blackbuck poaching case.