The final arguments in the Kankani black bucks poaching case began in the trial court on September 13. 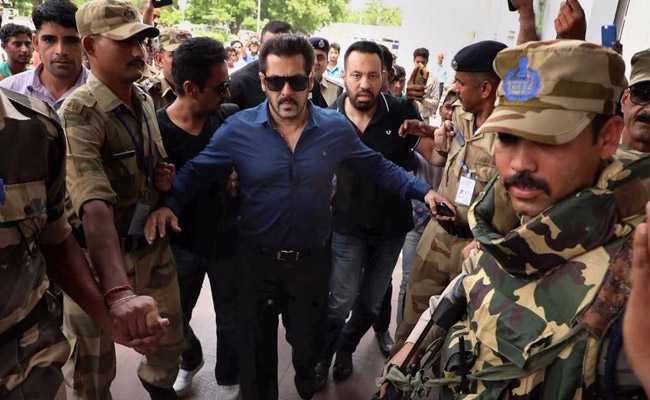 Jodhpur: Actor Salman Khan appeared in a court in Jodhpur today during final arguments in a case against him for the alleged poaching of two black bucks in village Kankani on October 2, 1998.

According to Mr Khan's counsel HM Saraswat, the accused has to remain present in the court during final arguments and they had been seeking exemption for the actor till now.

"Today, we were present in the court during the final arguments," said Mr Saraswat after Mr Khan appeared before the chief judicial magistrate.

During the arguments, Mr Khan appeared to be a bit uneasy and emotional at times but remained silent, according to advocates present in the court.

The final arguments in the Kankani poaching case began in the trial court on September 13.

The prosecution counsel had described the spot of alleged poaching citing the statements of witnesses Poonam Chand and Chhoga Ram and the post mortem report.

While submitting his arguments, Mr Saraswat today ran the video recording of the statements of Poonam Chand and drew the attention of the court to the "contradiction" in his statements taken by the investigating officer and the statements given by the witness.

Promoted
Listen to the latest songs, only on JioSaavn.com
"Videography of the statements of Poonam Chand clearly showed that the official noting the statements had been copying them from a paper lying on the table beside him," argued Mr Khan's counsel Mr Saraswat.

Earlier, the actor had appeared in the district and sessions court on August 4 for filing bail bonds after the state challenged his acquittal in the case under Arms Act by the trial court.