At a rally recently, Moon Moon Sen had urged people to vote for her so it would bring peace to her mother's departed soul. 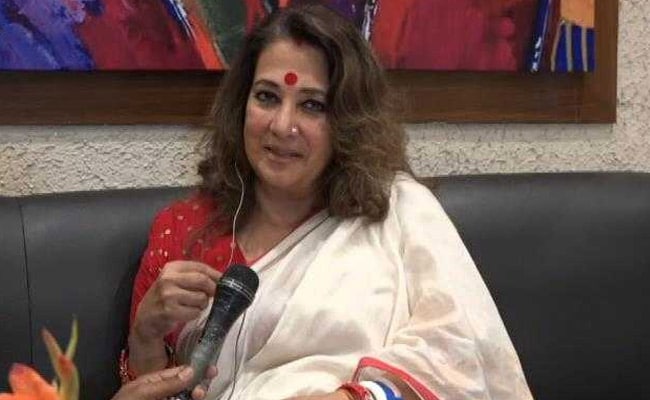 Bharatiya Janata Party (BJP) leader Babul Supriyo said his friendship with Trinamool leader Moon Moon Sen goes back a long time but he is disappointed that she is resorting to personal attacks and also invoking her "dead mother for votes."

The two are locked in a straight contest in Asansol Lok Sabha constituency, which goes to polls on April 29.

At a rally recently, Moon Moon Sen had urged people to vote for her so it would bring peace to her mother's departed soul. "I am Suchitra Sen's daughter. When I come to Asansol, I feel her beside me," she had said.

"Initially, I thought being foreign educated and Suchitra Sen's daughter, she would shy away from personal attacks. From whatever she has said in the last 10 days or so, I knew that this would happen once she starts spending time with TMC leaders... But I never expected her to do so soon," Mr Supriyo said.

"I do not want to engage in gutter politics. The entire discourse here is one of intimidation and I am not going to be part of it," he said.

Ms Sen has moved from Bankura to Asansol this time but Mr Supriyo dismissed the rival's prospects.

"Will she ever be able to go back to Bankura? Why did she flee Bankura and come to Asansol. She did nothing there. Look at the social media jokes about her. She is calling workers from Bihar 'police ka khabri' and calling me a servant. She is invoking her dead mother for votes... It's deplorable," Mr Supriyo said.

"Why would people vote for Suchitra Sen's soul's peace? When did Suchitra Sen becomes TMC's. She has got a lot of love and adulation from the people when she was alive and rather than be happy, her soul would be very sad when she sees her daughter in a mafia party flanked by coal mafias," said Mr Supriyo.

The colliery belt of Asansol has a considerable number of non-Bengali, particularly Bihari, population.

Mr Supriyo recalls how in 1992, he was part of an album by HMV where he had sung for Tapas Pal, a Trinamool MP, and Moon Moon Sen.

"I think it was titled 'Antakshari' and surprisingly Tapas Pal and Moon Moon Sen featured in it and I sang all the songs. So, our friendship goes back a long time. But now I would definitely not speak to her if I see her doing social events or while campaigning. I am absolutely disappointed and in many ways infuriated by the way she has carried herself," he added.

Babul Supriyo was a playback singer and actor before he joined politics.