The Opposition parties have termed the amendment the "RTI Elimination Bill". 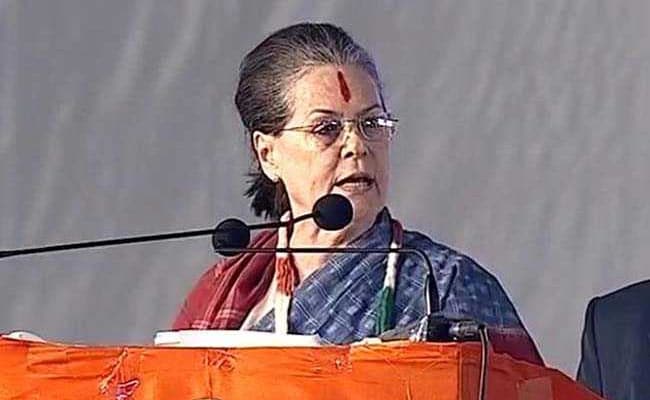 Congress leader Sonia Gandhi today accused the centre of trying to "subvert the historic Right to Information Act", a day after a controversial bill to amend the transparency law was passed by Lok Sabha.

Sonia Gandhi also said the centre "sees the RTI ACT as a nuisance".

"It is a matter of utmost concern that the Central Government is hell-bent on completely subverting the historic Right to Information (RTI) Act, 2005," the 72-year-old said in a statement.

"This law, prepared after wide-spread consultations and passed unanimously by parliament, now stands on brink of extinction," she added. 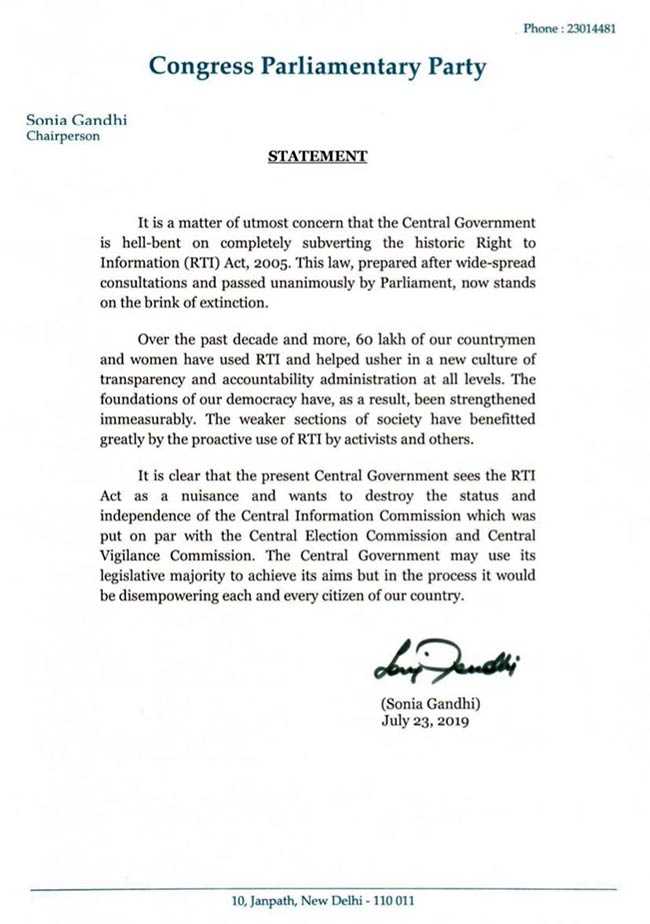 The Lok Sabha on Monday passed the RTI Amendment Bill, 2019, which seeks to empower the central government to decide the tenure, salary, allowances and other terms of service of the Information Commissioners at the centre and states.

The Opposition parties, which have termed the amendment the "RTI Elimination Bill", argue that authorising the government to take a call on the employment and payscale of the RTI authorities will only end up taking away their independence.

Even honest officials will stop disclosing sensitive information if their job and salaries are at stake, claimed the opposition, which plans to stall it in the Rajya Sabha, where the ruling BJP still lacks the numbers.

The government, for its part, insists that it is only "correcting" certain aspects overlooked by the then Manmohan Singh government when it first introduced the RTI Act. It also cites certain discrepancies, such as the power to challenge the Central Information Commissioner's judgments in lower courts despite having the status of a Supreme Court judge, to bring in the amendment.

In her statement, Sonia Gandhi today claimed that more than 60 lakh people have used the RTI Act in the last decade and the law ushered "a new culture of transparency and accountability".

"The weaker sections of society have benefited greatly by proactive use of RTI by activists and others," she added.