RSS leader Dattatreya Hosabale had said that reservation should continue as long as there is untouchability along with social and economic disparities. 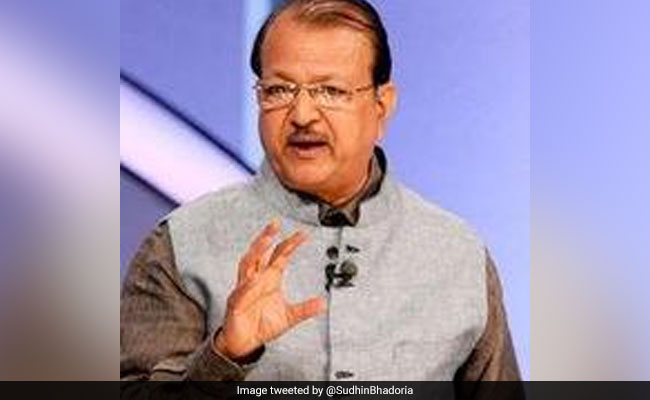 BSP national spokesperson Sudhindra Bhadoria on Tuesday claimed that Rashtriya Swayamsevak Sangh (RSS) is changing its stand on the reservation since they are under pressure due to ''Dalit movement'' being led by the Bahujan Samaj Party and its chief Mayawati.

"I think the RSS is under pressure due to Dalit movement led by the Bahujan Samaj Party under the leadership of the Mayawati ji. They are issuing statements in favour of reservation but their real intentions do not support the reservation policy," Mr Bhadoria was quoted as saying by news agency ANI.

Mr Bhadoria's statement was in response to RSS leader Dattatreya Hosabale's statement who on Monday said that reservation should continue as long as there is untouchability along with social and economic disparities.

The BSP leader accused RSS of changing stand on the issue and said, "RSS head Mohan Bhagwat has been issuing statements in favour of reservation. But sometime back in Patna, he had said that reservation policies need a fresh look. Now again RSS leaders are saying that reservation must continue as long as there are disparities."

The leader also said that reservation is a gift to the nation by Dr Baba Saheb Ambedkar and no one can tamper with it.

On Monday, he had said that reservations should continue in the country till discrimination exists in the society, whether in the form of untouchability or economic reasons.

"RSS chief has said that water sources, temple and cemeteries should be available to everyone. On the issue of reservation, they will be needed till the time there is untouchability, economic need, and its beneficiaries feel they require it. The day it stops and its beneficiaries say we do not need it anymore then it will be stopped," Mr Hosabale had said.