"I don't have to be in politics to help the people of the country, but if by joining I can make a larger difference, then why not? But the people will decide," Robert Vadra wrote on Facebook. 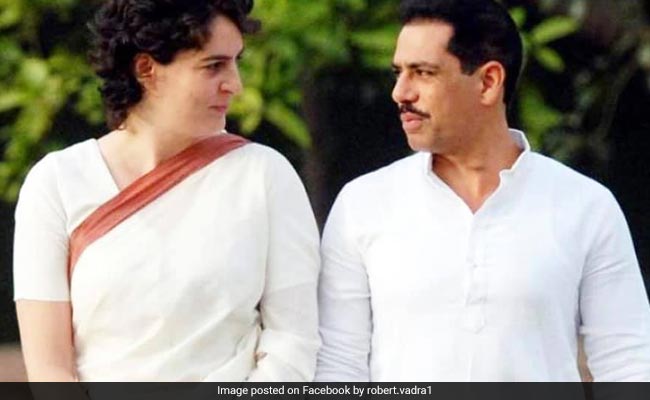 Businessman Robert Vadra, the husband of Congress general secretary Priyanka Gandhi Vadra, today indicated that he was open to a "larger role in serving the people". His Facebook post comes days after his wife, who is also the daughter of UPA chairperson Sonia Gandhi and sister of Congress chief Rahul Gandhi, entered active politics as the in-charge of eastern Uttar Pradesh. The announcement was greeted with jeers by the BJP, which has relentlessly targeted the 49-year-old since his name was linked to several corruption cases. Mr Vadra is currently being questioned in a money laundering case. His name has surfaced in other cases involving land deals.

Mr Vadra, who claims the cases against him are instances of "political witch-hunt", indicated that he has political ambitions earlier as well. The Congress had never commented on the matter and Priyanka Gandhi Vadra had downplayed it, saying the media had misquoted him.

Today, Mr Vadra posted on Facebook: "The years n months that I spent campaigning n working in different parts of the country, but mainly in UP, gave me a feeling to do more for the people n make smaller changes possible by me, in their areas n when they got to know me, the genuine love, affection n respect I earned was humbling ... All these years of experience n learning cannot be just wasted and should be put to better use... once all these accusations n allegations are over, I feel I should dedicate a larger role in serving the people...."

Later, he said: "I don't have to be in politics to help the people of the country, but if by joining I can make a larger difference, then why not? But the people will decide".

Promptly after Mr Vadra's announcement, the BJP tweeted from his official handle, saying:

"More than a decade of different governments being after me, using n highlighting my name to divert real issues of the country. People of the country gradually realised this Modus n knew there was no truth in any of these allegations. People reach out n show respect n wish me luck n a better future," his post read.

Investigators claim Mr Vadra directly or indirectly owns nine London-based properties cumulatively worth around 12 million pounds. Three of these are villas, the rest luxury flats purchased between 2005 and 2010, when the UPA government was in power.

Priyanka Gandhi Vadra has shown solidarity with her husband, dropping him off or picking him up from the lengthy questioning sessions at the Enforcement Directorate offices in Delhi and Jaipur.

She said her presence was a "message" to the detractors of her husband and family.