The veteran RJD leader, who has also been with the JD(U) for some time, insisted that the development in Arunachal Pradesh was "part of the chain of events that began with Chirag Paswan's rebellion". 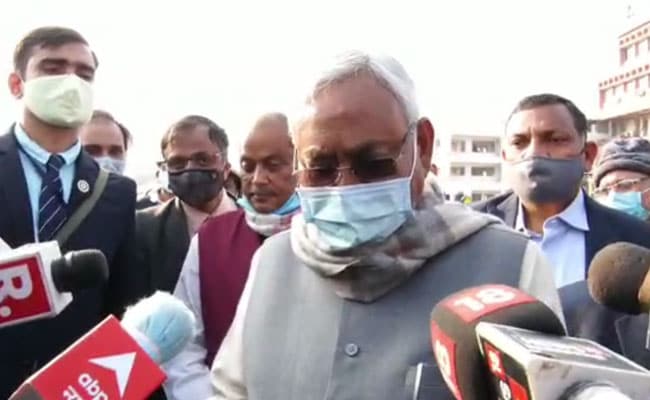 The Rashtriya Janata Dal on Saturday hinted at the possibility of a fresh alignment in Bihar if Chief Minister Nitish Kumar chose to snap ties with the BJP following the "humiliation" in Arunachal Pradesh.

RJD national vice-president Shivanand Tiwary, however, made it clear that the ball lies in the court of the JD(U) boss who needed to realise that the development in the north-eastern state, where his party MLAs defected en masse to the BJP, was aimed at "settling old scores".

Mr Tiwary recalled a decade-old incident when Mr Kumar had cancelled a dinner organised for visiting BJP leaders who were in Patna to take part in the party's national executive.

"Nitish Kumar had then made it amply clear that while he was okay with the BJP, he was very much averse to Narendra Modi, his then Gujarat counterpart. Now, Modi is not a man who is going to forgive and forget," Mr Tiwary said.

The veteran RJD leader, who has also been with the JD(U) for some time, insisted that the development in Arunachal Pradesh was "part of the chain of events that began with Chirag Paswan's rebellion".

Mr Paswan, the LJP president, had pulled out of the NDA ahead of the Bihar assembly polls vowing to dislodge Mr Kumar from power.

The LJP came a cropper in the elections though it succeeded in cutting into JD(U)'s votes, with BJP rebels fighting on its tickets in many seats.

"The BJP's strategy was, firstly, to cut Nitish Kumar to size which it did successfully in the assembly polls. Now it has begun to humiliate him. What else could explain the poaching of six JD(U) MLAs in Arunachal Pradesh where the BJP was already enjoying a very comfortable majority," Mr Tiwary said.

Mr Tiwary, who had on the previous day sought to welcome any bold step by Mr Kumar, said, "if he leaves the NDA, it cannot be that we will join hands with the BJP to run Nitish Kumar down. We have been consistent in opposing the BJP and he joined us for some time but switched sides because of reasons best known to him".

However, Mr Tiwary also hinted that power equations could undergo a change this time, with the RJD still going strong but the JD(U) a pale shadow of its past self.

"Nitish has to take a tough decision as to what matters more to him -- his own dignity or the trappings of power," said Mr Tiwary, who has known Mr Kumar closely for five decades.