"A wrong tradition has started in our society...Men develop bad intentions when they see a woman anywhere," Premlata Singh said. 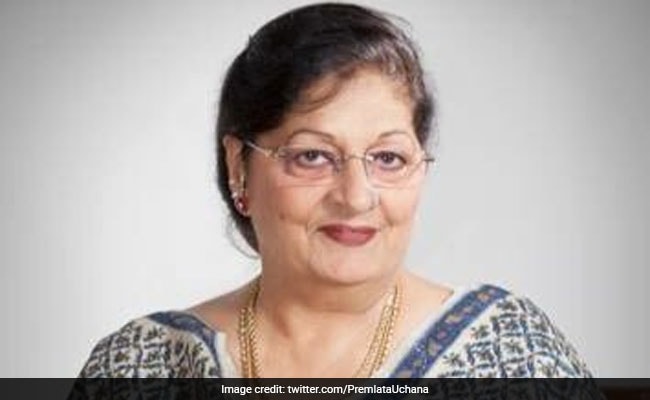 A BJP lawmaker from Haryana, Premlata Singh, on Saturday blamed "frustration" among unemployed youths as the reason for rapes in the country, triggering angry reactions on social media.

"The frustration that has crept into the minds of our youths is one of the reasons behind such incidents (rapes). Youths who are frustrated, unemployed and unsure of their future commit such heinous acts," the BJP lawmaker from Uchana Kalan said.

"A wrong tradition has started in our society...Men develop bad intentions when they see a woman anywhere," she added.

Premlata Singh, whose husband is union minister Birender Singh, was commenting on the gang-rape of a 19-year-old woman in Haryana.

The BJP lawmaker's remarks were criticised by many on social media.

The 19-year-old woman, a school topper who was felicitated by the government, was allegedly kidnapped by three men from a bus stop and raped on Wednesday.

According to the complaint, the woman was taken to a secluded place by the accused who arrived in a car. They raped her after offering her a drink laced with sedatives.

The three accused, which include an army man posted in Rajasthan, are on the run.

Under fire for not being able to arrest the three, days after the incident, the Haryana police has set up a special investigation team to probe the case and announced a reward of Rs one lakh for any information about the accused.