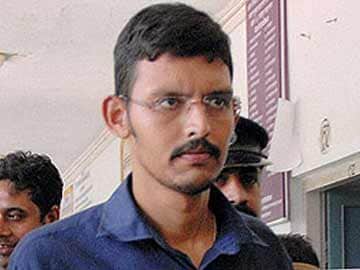 Kochi: In a controversial move, despite the Kerala High Court staying till December 10 the transfer of Bitti Mohanty, a rape convict who was arrested from Kannur after jumping parole in Rajasthan, the Kerala police has sent him to Jaipur.

The Kerala Armed Police took Bitti to Jaipur by the Kurla Express at around 8.45 pm yesterday to be produced before the Jaipur Metropolitan court on December 9, Bitti's counsel Nicholas Joseph told PTI from Kannur.

This was illegal and they would be moving a contempt plea before the Kerala High court on Monday, he said.

The stand of the jail superintendent was that the accused had already been handed over to the Armed police by around noon yesterday. The stand of the Kerala police that there was a production warrant for the accused in Jaipur was not justifiable, the counsel said, adding, Bitti "is in police custody without having authority given by a court of law."

Despite being informed by the Court Registrar at around 4 pm that the accused should not be taken to Rajasthan, the Kerala Armed Police declined to heed it, counsel said.

Justice Harun-Ul Rashid of the Kerala High court had yesterday directed that the accused should not be transferred to a Jaipur jail till December 10. The direction was issued on a plea by Bitti challenging his transfer.

Bitti was arrested from Kannur on March 8 on charges of impersonation, forgery and cheating after it was found that he had managed to get a job as trainee officer in a branch of State Bank of Travancore under a new name Raghav Rajan.

Bitti had approached the court alleging violation of his fundamental rights as the jail authorities were refusing to release him from judicial custody despite getting bail from a local magistrate court last month and complying with all the conditions.

Jail authorities had refused to release him from judicial custody, saying there was a warrant against him from Jaipur.

Another petition was filed in the High Court on which police had been ordered not to shift Bitti to Rajasthan till December 10.

Promoted
Listen to the latest songs, only on JioSaavn.com
The counsel said Bitti will be in 'illegal' custody of Kerala Armed Police from December 6 to December 9 when he will be produced before a Metropolitan court at Jaipur.

Bitti, son of former Odisha DGP B B Mohanty, had earlier been sentenced to seven years' imprisonment for raping a German tourist at Alwar in Rajasthan and was absconding after he jumped parole on November 20, 2006.
Comments
Bitti Mohanty