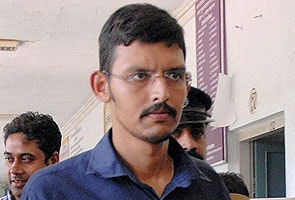 Kochi: The Kerala High Court today stayed the order of a lower court directing Bitti Mohanty, accused in the 2006 German tourist rape case in Rajasthan, to undergo DNA test for a week.

The interim order was issued by justice K Harilal on a petition filed by Bitti Mohanty, son of former Odisha DGP, BB Mohanty, challenging the order of Thalassery sessions court granting permission to conduct a DNA test on him to obtain scientific proof of establishing his identity.

Bitti Mohanty, who was sentenced to seven years imprisonment on rape charges in November 2006, jumped parole and went absconding.

He was arrested on March 9 this year from Kannur, where he was working as a probationary officer in a branch of the State Bank of Travancore under the name of Raghav Rajan of Andhra Pradesh.

Promoted
Listen to the latest songs, only on JioSaavn.com
He claimed that he was not Bitti Mohanty and though he was taken to Rajasthan for collecting evidence, nothing could be traced.

Singer SP Balasubrahmanyam Continues To Be On Life Support, But Stable: Chennai Hospital