Ranveer Singh Called For Questioning On August 22 Over Nude Photoshoot

The case was registered on a complaint filed by a city-based Non-Governmental Organisation (NGO). 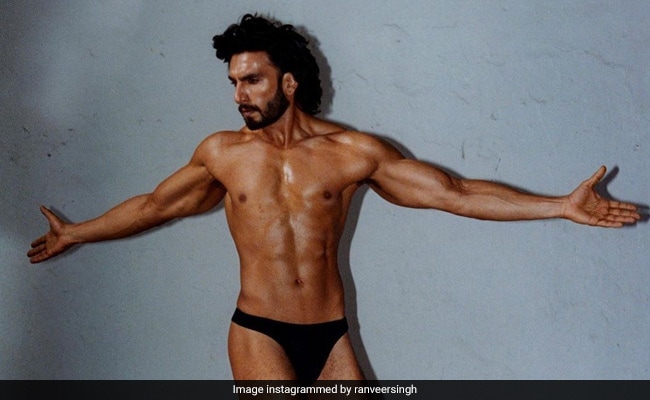 Ranveer Singh's photo series for Paper magazine sent the internet into a tizzy.

Actor Ranveer Singh has been called for questioning by the Mumbai Police later this month in a case registered against him for posting nude photographs of himself on social media.

The 37-year-old actor will be called to the Chembur police station on August 22 to "join the investigation".

Personnel of the Chembur police station in the city on Friday visited the actor's residence to serve him a notice to join the probe, but were informed that he was not in Mumbai.

The case was registered on a complaint filed by a city-based Non-Governmental Organisation (NGO).

The NGO had alleged that the actor hurt the sentiments of women in general and insulted their modesty by posting his nude photographs on social media platforms.

Late last month, the actor's viral photo series for Paper magazine sent the internet into a tizzy. The photoshoot was a tribute to '70s pop icon Burt Reynolds who also went nude in the 1972 shoot for Cosmopolitan magazine.

"It's so easy for me to be physically naked, but in some of my performances I've been damn f****** naked. You can see my f****** soul. How naked is that? That's being actually naked. I can be naked in front of a thousand people, I don't give a s**t," the actor, known for his quirky sartorial choices, told Paper Magazine.