Ramlal held the post, considered the second most powerful position in the BJP after its president, since 2006 after his predecessor Sanjay Joshi was removed under controversial circumstances. 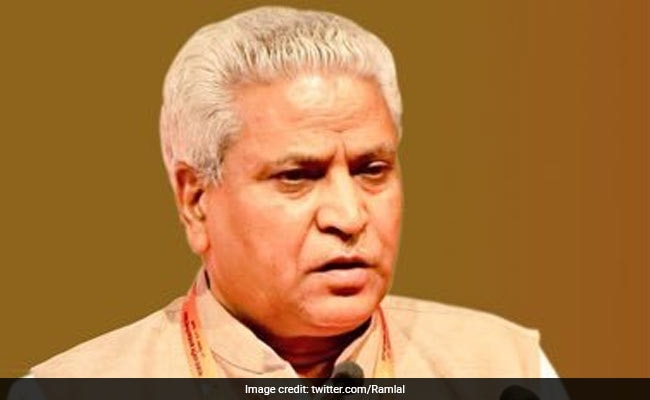 BJP's general secretary (organisation) Ramlal has been sent back to the RSS after serving one of the longest tenures in the key post, and is likely to be replaced by V Satish.

He held the post, considered the second most powerful position in the BJP after its president, since 2006 after his predecessor Sanjay Joshi was removed under controversial circumstances.

The Rashtriya Swayamsewak Sangh's publicity incharge Arun Kumar said Saturday that Ramlal has been appointed as ''Akhil Bhartiya Sah Samparak Pramukh'' in the RSS, a post he had held earlier also.

According to sources, Ramlal had twice written to party chief Amit Shah requesting him to be relieved from his responsibility.

The sources said Satish, who is also from the RSS and is currently a BJP joint general secretary, is likely to replace Ramlal.

Arun Kumar said the decision to bring Ramlal back into the RSS fold was taken at the Sangh's ''Pranta Pracharak Baithak'', which concluded on Saturday in Vijaywada.

Mr Kumar said it is a "routine practice" to transfer the Sangh full timers.

The general secretary (organisation) post has always been held by a functionary of the RSS, ideological parent of the BJP, as it allows the Hindutva organisation to have a key say in the party's organisational affairs and makes for better coordination between them.

Ramlal's tenure was marked by smooth coordination between the RSS and the BJP. He shunned publicity and his low-key style was in sharp contrast to the functioning of his predecessors like Sanjay Joshi and KN Govindacharya.

It ensured him an over 13-year-long tenure in the BJP after both Sanjay Joshi and KN Govindacharya were summarily removed amid controversies.

Sanjay Joshi was removed in 2005 after his rivals within the party cited an objectionable CD.