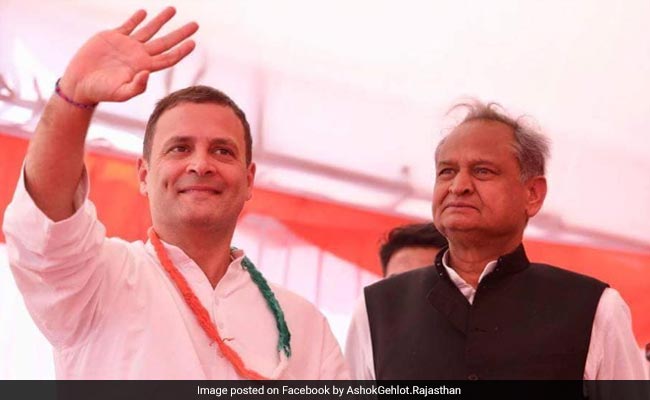 The ruling Congress in Rajasthan today touched the half-way mark of 100 in the state after scooping the Ramgarh seat, which couldn't vote in last month's state polls because of the death of a candidate. The Congress's Shafia Zubair won the seat by a margin of over 12,000 votes over her nearest rival, the BJP's Sukhwant Singh.

Along with its ally Rashtriya Lok Dal (RLD), the Congress has a simple majority in Rajasthan and is placed more comfortably. The BJP has 73 members in the Rajasthan assembly.

The party soaked up the win as a bonus after its recent three-state haul months before the national election, due by May.

"The message that Congress president Rahul Gandhi gave on the agenda set for farmers, employment for youth, for controlling price rise, and the basic minimum income plan were revolutionary ideas and the people of Ramgarh have put their stamp on them," said Chief Minister Ashok Gehlot, who took charge on December 17. He was referring to the announcement by the Congress that it would ensure a guaranteed minimum income for the poor across the country, much like the system of social security in the US.

His deputy Sachin Pilot added: "It was the first election after the government formation and the result is an indication that BJP has lost the support they had." 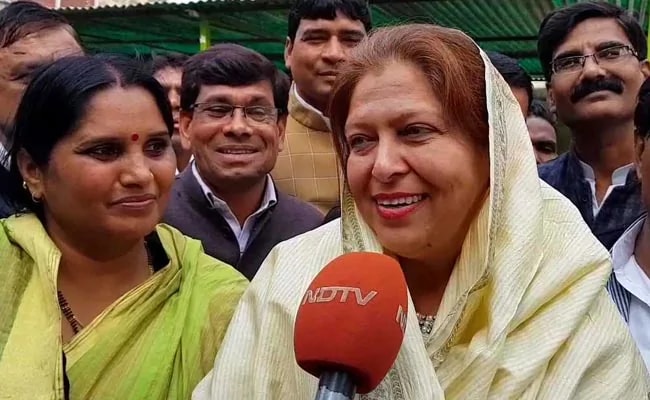 Congress candidate in Ramgarh, Saafiya Zubair, won by a huge margin in Ramgarh

Shafia Zubair, 51, polled 44.77 per cent of the votes, Rajasthan election officials said. The BJP blamed its defeat on Bahujan Samaj Party (BSP) candidate Jagat Singh, who finished third. Jagat Singh, the son of former union minister and Congress veteran Natwar Singh, had quit the BJP after the party didn't field him in the election.

As a BSP candidate, Jagat Singh had been counting on the party's surge in the Alwar-Ramgarh region. Six lawmakers of Mayawati's party won the state polls in the region.

Voting was stalled in Ramgarh due to the death of the BSP candidate ahead of the December 7 polls.

Ramgarh saw a very polarised campaign after incidents of cow vigilantism and the lynching of Rakbar Khan, a 28-year-old who died last year after he was attacked in Alwar by villagers who thought he was smuggling cows. His death was caused by a three-hour delay by the police in taking him to a hospital 20 minutes from where he was attacked; they first arranged transport for his cows and then stopped for a tea break before reaching the hospital.

Shafia Zubair is a local office bearer of the Congress and her husband Zubair Khan is a senior party leader. The BJP dropped hardliner Gyan Dev Ahuja and chose Sukhwant Singh instead.