There will be 15 trustees in the Shri Ram Janmabhoomi Teertha Kshetra Trust out of which one trustee will always be from the Dalit society, says Amit Shah. 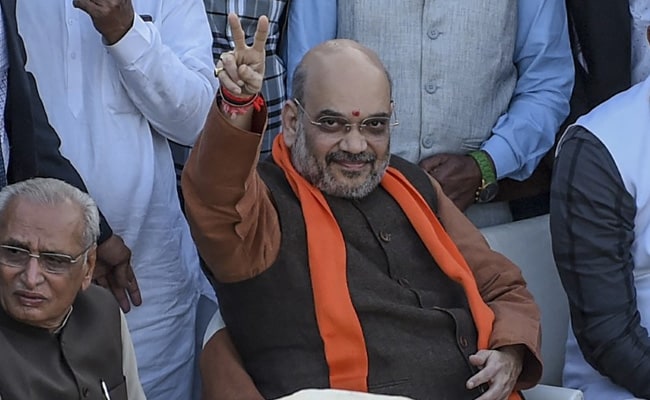 The home minister said the trust will be independent to take every decision. (File)

Union Home Minister Amit Shah announced that the Shri Ram Janmabhoomi Teertha Kshetra, set up by the government for construction of a temple in Ayodhya, will have 15 trustees and one of them will be from the Dalit community.

The statement comes a little over an hour after Prime Minister Narendra Modi announced in Lok Sabha about the constitution of the trust.

"There will be 15 trustees in the Shri Ram Janmabhoomi Teertha Kshetra Trust out of which one trustee will always be from the Dalit society," he tweeted.

The home minister said the trust will be independent to take every decision related to the temple and 67 acres of land will be transferred to it.

"I fully believe that the waiting of millions of people for centuries will be over soon and they will be able to pay obeisance to Lord Shri Ram in his grand temple at his birthplace," he said.

Mr Shah thanked the prime minister for his commitment for construction of a temple dedicated to Lord Ram, "who is a symbol of faith and unwavering reverence of India".

"Today is a day of immense joy and pride for the whole country," he said in another tweet.

He said as per the Supreme Court order on the Ram Janmabhoomi issue, the central government has taken a historic decision to form a trust in the name of Lord Ram, showing its commitment towards the construction of the grand temple in Ayodhya.

While making the announcement for the trust in Lok Sabha, the Prime Minister said the Union Cabinet also decided to transfer 67.703 acre land to the trust.

The Prime Minister said the decisions today were in line with the Supreme Court's historic verdict in November that the disputed land in Ayodhya belonged entirely to the deity Ram Lalla or infant Lord Ram. The court had also said five acres of land should be given for a mosque at a prominent site in the holy town to the Sunni Waqf Board.

The Uttar Pradesh government today alloted that land for a mosque. The land is situated in Dhannipur village on the Lucknow highway, about 18 kilometres from the Ayodhya district headquarters, state government spokesperson Shrikant Sharma told reporters.