Ram Nath Kovind Speaks To Uddhav Thackeray Over Phone, Thanks Him For Support 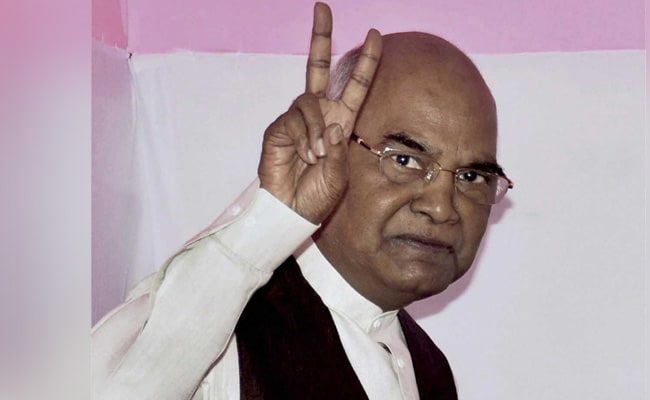 Ram Nath Kovind is BJP's choice for the Presidential election that is scheduled for July 17.

Mumbai: NDA's presidential nominee Ram Nath Kovind, who was in Mumbai today to interact with MPs and state legislators, spoke to Shiv Sena chief Uddhav Thackeray over phone and thanked him for supporting his candidature.

A visit to Mr Thackeray's residence 'Matoshree' in suburban Bandra was not in Mr Kovind's itinerary which had raised eyebrows.

However, he made a phone call to Mr Thackeray and thanked him for supporting his candidature for the July 17 presidential election, Shiv Sena sources said.

Mr Kovind held a meeting with elected representatives of the BJP, the Shiv Sena and other NDA allies at the Garware Club in south Mumbai.

Pranab Mukherjee and Pratibha Patil, as presidential candidates of the UPA, had visited the then Shiv Sena chief Bal Thackeray at 'Matoshree' as the party had broken ranks with the NDA in the past two elections for the highest constitutional office.