Raksha Bandhan 2021: All You Need To Know About The Festival Celebrating Brother-Sister Bond

Raksha Bandhan 2021: The festival is observed on the full-moon day or Purnima in the Hindu calendar month of Shravan. 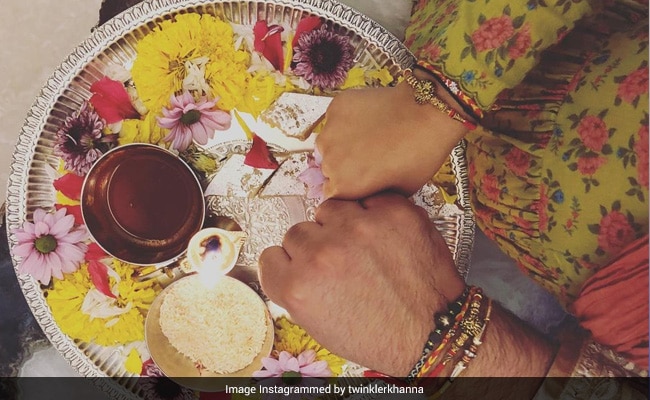 On this day, sisters tie a thread, or the rakhi, on the wrist of their brothers.

Considering the cloth that she tied a sacred thread, Krishna promised her that he will protect her from all evils throughout his life. When the Kauravas tried to disrobe Draupadi — after pulling her by her hair, dragging her to the court, and manhandling her — Krishna salvages her dignity by providing immeasurable reams of cloth to keep her covered.

The act of Draupadi tying a piece of cloth on Krishna's wounded finger is synonymous with Raksha Bandhan — a girl tying rakhi on her brother's wrist and he, in turn, promising to protect her just as Krishna protected Draupadi.

Literally meaning “safety” and “bond”, Raksha Bandhan celebrates the unique bond between a brother and his sister. The festival is observed on the full-moon day or Purnima in the Hindu calendar month of Shravan. This year it falls on August 22.

On this day, sisters tie a thread, or the rakhi, on the wrist of their brothers. This depicts the unconditional faith the sister has in her brother. She also prays for his long life. Sisters also apply a ‘tilak' on the forehead of the brothers. Apart from promising to keep their sisters happy and protecting them, the brothers also offer their sisters gifts and sweets. Sweet dishes are cooked at home and all family members wear new clothes. However, like last year, Raksha Bandhan 2021, too, is expected to be a subdued affair due to the coronavirus pandemic.

While pleasantries and sweets can be exchanged all day long, there is a particular time during which the ritual of tying the rakhi should be done following the Hindu Panchang.

The time considered auspicious to tie the Rakhi will begin at 6:15 am on August 22 and continue till 5:31 pm the same day.