Former Samajwadi Party leader Amar Singh has died after battling an illness. He was 64. The Rajya Sabha MP had gone to a hospital in Singapore in March for surgery in a kidney-related illness. He had undergone a kidney transplant in 2011.

Amar Singh was a key leader in the Samajwadi Party at a time when the party moved to support the Congress-led United Progressive Alliance (UPA) government in 2008, after the Communist Party of India withdrew from the government over a nuclear deal with the US.

Many leaders have tweeted their condolences. "Amar Singh Ji was an energetic public figure. In the last few decades, he witnessed some of the major political developments from close quarters. He was known for his friendships across many spheres of life. Saddened by his demise. Condolences to his friends & family. Om Shanti," Prime Minister Narendra Modi tweeted.

Amar Singh Ji was an energetic public figure. In the last few decades, he witnessed some of the major political developments from close quarters. He was known for his friendships across many spheres of life. Saddened by his demise. Condolences to his friends & family. Om Shanti.

"There is a feeling of sorrow from the news of the demise of senior leader and MP Shri Amar Singh. During public life he had friendship among all the parties... My condolences to his heartbroken family," Defence Minister Rajnath Singh tweeted.

Amar Singh and his protege, actor Jaya Prada, were expelled from the Samajwadi Party in February 2010 for "anti-party activities". 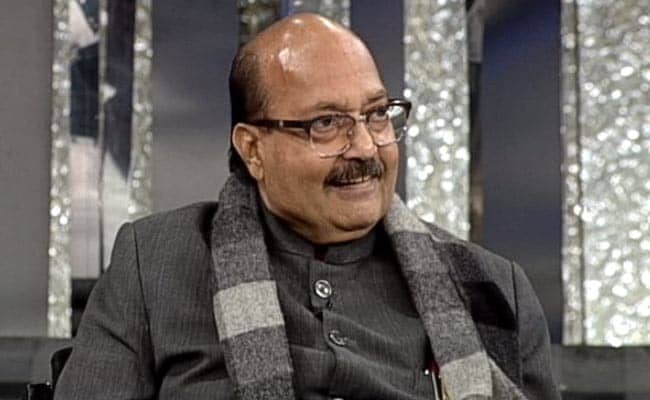 The former Samajwadi Party leader, however, had praised party chief Mulayam Singh Yadav while he was leaving, with a parting note: "I am blessed by him... he has given me liberation."

A flamboyant politician who often did not pay much heed to demands of political correctness in his interactions, including with the media, Amar Singh shot into the league of top politicians as Mulayam Singh Yadav's close aide.

It was he who brought actor Jaya Prada, who was once a Telugu Desam Party MP, into the Samajwadi Party, and she was elected to Lok Sabha from Uttar Pradesh's Rampur twice.

Amar Singh and the Bachchans were also very close at one point. But in 2016, their relationship took on strains after Mr Singh went public with his complaints against Jaya Bachchan, a Samajwadi Party leader.

In February this year, Amar Singh released a video expressing "regret" over his behaviour towards Amitabh Bachchan and his family. The former Samajwadi Party leader recorded and posted the video on his Facebook account after receiving Mr Bachchan's message on the death anniversary of his father.