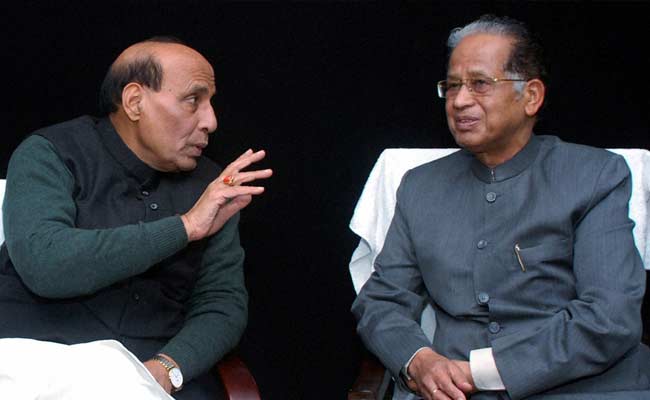 New Delhi: Home Minister Rajnath Singh will chair a meeting of Chief Ministers of the North-Eastern states tomorrow in Guwahati to discuss various issues, including strategy to deal with insurgents based in Myanmar.

Security related issues like counter insurgency operations, suspension of operations pacts, effective functioning of anti-extortion cells and strengthening and equipping of state police forces of the region will be discussed in the day-long meeting.

The participants will also discuss effective guarding of international borders adjoining Northeastern states. In addition, important development projects and flood and landslide situation in the region will also be reviewed, an official statement said.

This comes a month after Indian Army conducted a surgical strike on the camps of NSCN-K and other militant groups inside the territory of the neighbouring country after insurgents killed 18 Army soldiers in an ambush in Manipur.

Ongoing infrastructure projects of roads, bridges and railways will also come up for review in the meeting which is expected to stress on time-bound completion of all development works.