The two projects, each covering a 5.5 km-border stretch along the International Border in Jammu, are set to get a first-of-a-kind high-tech surveillance system that will create an invisible electronic barrier on land, water and even in air and underground. 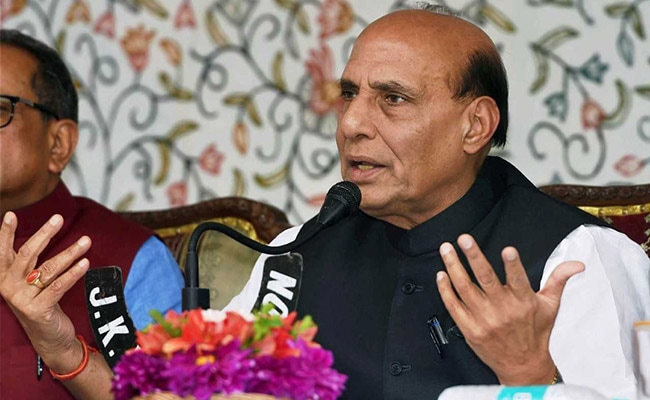 From the airport, Rajnath Singh proceeded to the BSF's Paloura Headquarters where he will address troopers.

The Minister will then visit Makowal near the International Border (IB) in Marh assembly constituency where he will participate in a Swachh Bharat Abhiyan campaign.

"Leaving for Jammu on a day long visit. Shall inaugurate two pilot under CIBMS in Jammu sector and also visit the forward areas near the International Border," the Minister tweeted before his departure.

The two border fencing projects, each covering a 5.5 km stretch along the IB in Jammu, are set to get a first-of-a-kind high-tech surveillance system that will create an invisible electronic barrier on land, water and even in air and underground, helping the Border Security Force (BSF) detect and foil infiltration bids in the most difficult terrains.

The programme is a more robust border management system which is seamlessly integrating modern technology with human resource, a Home Ministry official said.

"Based on integrated border management system, this virtual fence would be first of its kind initiative in India," said the official.

The officer said the CIBMS is designed to guard stretches where physical surveillance is not possible either due to inhospitable terrain or riverine borders.