Approach During Talks With China Based on PM's Directions: Rajnath Singh

Rajnath Singh, who had made a statement in Rajya Sabha in the morning, said India has not lost anything in the talks. 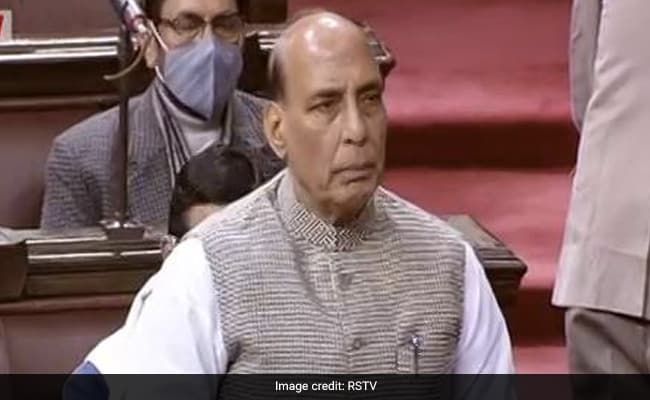 Noting that India's firm resolve to not allow an inch of its territory to be taken by anyone had led to an agreement with China concerning disengagement from Pangong Lake area, Defence Minister Rajnath Singh said on Thursday said that "outstanding issues relating to deployment on LAC and patrolling" will figure in future talks with the neighbouring country.

Making a statement in Lok Sabha on 'present situation in Eastern Ladakh', the minister said the agreement for disengagement in Pangong lake area envisages that both sides will cease their forward deployments in "a phased, coordinated and verified manner".

"India's strategy and approach during disengagement talks with China is based on directions of Prime Minister Narendra Modi that we will not allow an inch of our territory to be taken by anyone. It is a result of our firm resolve that we have reached the situation of an agreement," he said.

He said the Chinese side will keep its troop presence in the North Bank area to east of Finger 8.

"Indian troops will be based at their permanent base at Dhan Singh Thapa Post near Finger 3. Similar action would be taken in the South Bank area by both sides," the minister said.

Mr Singh, who had made a statement in Rajya Sabha in the morning, said India has not lost anything in the talks.

"I want to assure this House that in these talks we have not conceded anything. The House should also know that there are still some outstanding issues with regard to deployment and patrolling at some other points along the LAC in eastern Ladakh," he said.

He said it has also been agreed to convene the next meeting of the Senior Commanders within 48 hours after the complete disengagement in the Pangong Lake area so as to address and resolve all other remaining issues.

He said Indian forces were present at some strategically significant heights and the forces were effectively guarding borders due to which the country is maintaining "an edge".

The two countries have been at a stand-off along the LAC since April-May last year due to actions of Chinese army and have held several rounds of military and diplomatic talks.