The accused have been identified as 27-year-old Narayan Lal Gadri and 24-year-old Kuldeep Singh Shekhawat and it is alleged that they were in touch with ISI through social media. 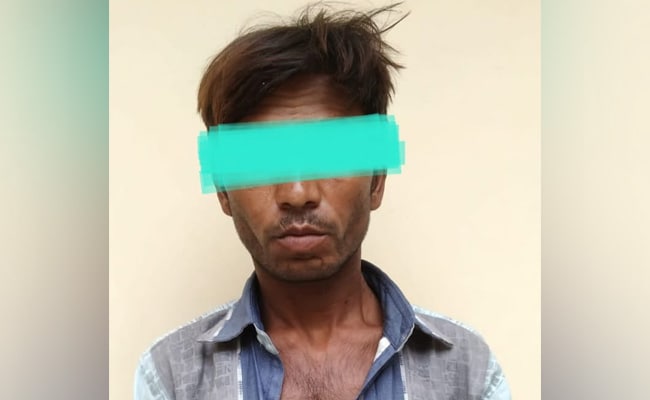 Narayan Lal will reportedly soon be produced before a court under sections of the Official Secrets Act.

The accused have been identified as 27-year-old Narayan Lal Gadri and 24-year-old Kuldeep Singh Shekhawat and it is alleged that they were in touch with ISI through social media.

On Thursday, Rajasthan Police asked Narayan Lal Gadri to appear for questioning in Jaipur. He revealed that earlier this year, he had joined a pornographic WhatsApp group by accepting the joining link shared by someone on Facebook, a central investigation agency source said. The WhatsApp group had more than 250 members using mobile numbers belonging to multiple countries, including Pakistan. Narayan Lal had claimed to have left the group within a week of joining it, sources said.

Immediately upon leaving the group, he was contacted on WhatsApp by a member who used a "+92" number asking him for his reason for leaving. The WhatsApp user with a Pakistani number introduced himself as "Anil". Subsequently, Narayan Lal got to know that he is from Pakistan. He still continued his communication with "Anil", sources said.

Slowly the two started exchanging messages on WhatsApp and speaking on WhatsApp audio calls. After some days, "Anil" had introduced Narayan Lal to another Pakistani Intelligence Operative (PIO), "Sahil" who also was using an Indian WhatsApp No and claimed to be in Delhi, they said.

The PIOs encouraged Narayan Lal to plan a trip to Pakistan and promised to sponsor the trip fully and facilitated his documentation process. They also promised to host him well in Pakistan. To initiate his passport and visa, Narayan Lal shared photos of his Adhaar Card, Diving Licence, and PAN card, along with passport photos with the PIOs.

The PIOs had asked him on multiple occasions to enter military cantonments, befriend Army personnel, introduce them to the PIOs and also send locations, photos and videos of military places. Narayan Lal had accepted to have sent photos of a random military vehicle in Udaipur and random Army personnel in uniform at Ahmedabad. He also accepted to have sent a few photos of the Ahmedabad railway station.

After the tragic killing of the tailor Kanhaiya Lal by two men in Udaipur, the PIOs had asked Narayan Lal to look for the video of the same. Narayan Lal obliged the PIOs with one such video that he had received in one of his WhatsApp groups, agency sources said.

Apart from these, the PIOs had also tasked Narayan Lal to look for a shopping space adjacent to the Udaipur cantonment, so that he can set up a photocopier stall there. For this work, they had sent Rs 2,000 to Rs 3,000 to Narayan Lal. They also promised to provide four-five lakh Indian rupees to set up the shop and bear expenses towards the salary of a photocopy-machine operator. In return, they wanted copies of all military documents that would come to the shop for photocopy. Sources said Narayan Lal accepted to have visited the area adjacent to Udaipur cantonment, carried out the survey, shortlist a shop, share contact details of the shop-owner with the PIOs and make him even talk to one of the two PIOs. He had also accepted to have shared the Google Maps current location of the identified shop with the PIOs.

He was arrested by the Rajasthan Police before he could send more SIM Cards or photos, videos, or locations of military personnel, vehicles, or installations or procure a photocopier stall near Udaipur.

Huge damage to the security and defence organisations has been averted by this arrest, sources said.

Narayan Lal will reportedly soon be produced before a court under sections of the Official Secrets Act 1923 and provisions of the Indian Penal Code. More leads are also being investigated.

Rajasthan Crime Investigation Department (CID-Intelligence) was monitoring the activities of these two accused after receiving information about them.

The second accused, Kuldeep Singh Shekhawat, set up social media accounts in the name of a fake woman and fake army personnel. After befriending Indian soldiers through these accounts, he was receiving confidential information related to the Army. After that, he used to provide it to a woman who was a Pakistani handling officer, Director General of Police (Intelligence) Umesh Mishra said.