Rajasthan Not To Allow Genetically Modified Mustard Even If Centre Approves

The country's 46 per cent of mustard is grown in Rajasthan. 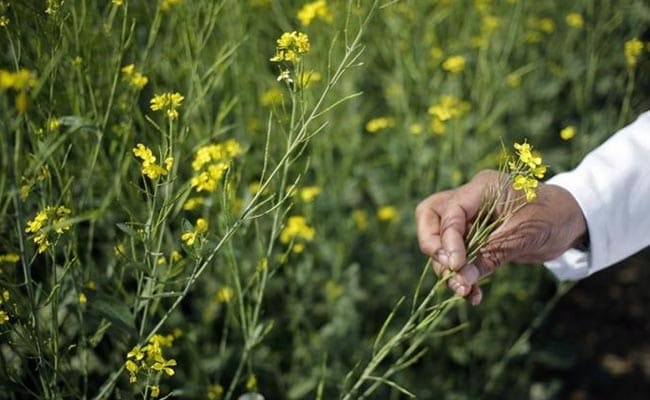 In 2012, GEAC had allowed field trials of GM mustard in three districts in Rajasthan. (Representational)

New Delhi: The Rajasthan government today said it will never allow commercial cultivation of GM mustard even if the Centre approves it, maintaining that its traditional varieties are giving much better yields than the GM crop.

The final nod from the environment ministry is awaited amid strong opposition from green activists.

"Firstly, we do not need GM mustard because our state has enough traditional varieties with better yields. Secondly, I disagree with gene modification, which is nothing but meddling with nature," Rajasthan Agriculture Minister Prabhulal Saini told reporters on the sidelines of a Ficci event.

Also, there are apprehensions about its possible impact on environment and human beings, which is being debated world over. "Unless safety concerns are made clear, it is too early to allow GM mustard," he said.

Stating that both field trials and commercial cultivation will not be permitted in the state, Mr Saini said: "Even if the Centre approves it, we will resist. Agriculture is a state subject, the Centre cannot dictate what crop to grow".

In 2012, the GEAC had allowed field trials of GM mustard in three districts of the state. The crop had to be burnt later due to fear that pollination could be carried through air, water and animals and create imbalance in nature, he said.

Promoted
Listen to the latest songs, only on JioSaavn.com
The minister said the state government has taken several measures to preserve traditional seeds of maize and bajra, and creating seed banks in five places.

The country's 46 per cent of mustard is grown in Rajasthan.