Rajasthan Crisis: This morning, reporters asked PL Punia about Jyotiraditya Scindia - who quit the Congress in March and joined the BJP - saying that the Congress had sidelined Sachin Pilot. 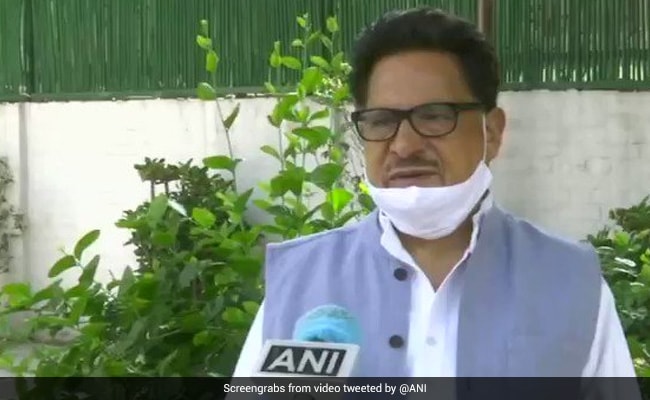 A Congress leader said today that "Sachin Pilot is now in the BJP" and corrected himself later saying it was a slip of tongue. Senior leader PL Punia's statement had stumped many when Sachin Pilot, around the same time, went on record to say he was not joining the BJP.

This morning, reporters asked Mr Punia about Jyotiraditya Scindia - who quit the Congress in March and joined the BJP - saying that the Congress had sidelined Mr Pilot.

"Sachin Pilot is now in the BJP. Everyone knows BJP's attitude towards the Congress party. We don't need a certificate from him. In the Congress party, all leaders and workers are respected," Mr Punia, the Congress leader in charge of Chhattisgarh, was quoted as saying by news agency ANI.

Soon after, came the clarification.

"ANI and others had come to take my quote. They asked about Mr Scindia alleging that the Congress is sidelining Mr Pilot and so he is upset. To that I responded about Scindia, that he is in the BJP, so we don't need certificate from him. But by mistake Sachin Pilot's name was taken. I didn't realise my mistake then. I had actually said this about Scindia, not Pilot. I know pilot has clearly said he is not going to the BJP," Mr Punia clarified on camera.

It is clear in the video that question was asked about Scindia ji and my reply was about Sh Scindia and by slip of tongue I took Sachin Pilots' name instead of Scindia. Mistake is regretted https://t.co/hYws6XefKX

Mr Pilot has revolted against the Congress and claims he has enough numbers to bring down the government in Rajasthan of his arch-rival, Chief Minister Ashok Gehlot.

However, he told NDTV he was not joining the BJP, tackling speculation that he would follow Mr Scindia's route.

Mr Scindia helped bring down the Congress government in Madhya Pradesh when he joined the BJP along with his supporters.

Yesterday, Mr Scindia had tweeted in support of Mr Pilot, his former colleague.